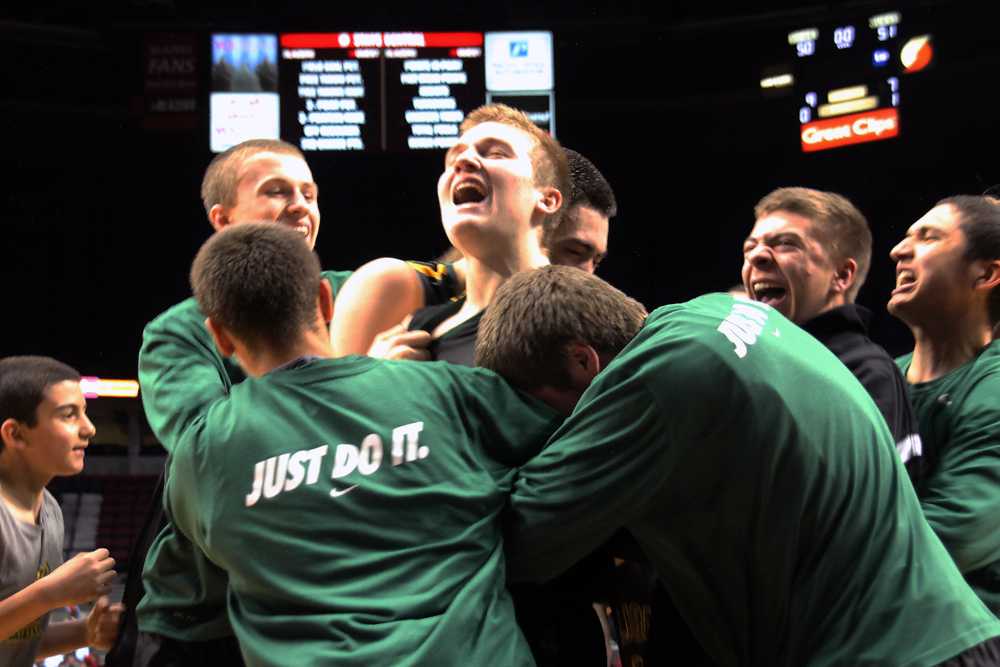 The West Linn Lions (20-6, 8-2 Three Rivers League) not only won in dramatic fashion, but showed anyone can step up and perform when needed to. Defeating the Grant Generals (21-4, 6-2 Southwest Conference) 51-50, the Lions are one game away from making it to the state championship. West Linn started off flat in the first quarter, scoring only eight points and allowing 15 to the Generals. The Lions were 2-15 on three point field goals during the entire game which caused the Lions to struggle putting up points in the first half. The offense was better for West Linn in the second quarter and the defense stood strong. Netting 12 points and letting the Generals score only eight points. Going into halftime, the Lions were down three, 23-20.

Every shot and every possession mattered for West Linn in the second half. While the offense was working well, the defense struggled. The Lions weren’t able to take the lead during the third quarter despite scoring 18 points. When the fourth quarter started, Grant held a small two point lead 40-38.

The previous three quarters faded from memory in the final seconds of the game. With West Linn down 50-49, Grant attempted to inbound the ball with less than ten seconds left.  The ball was tipped by Jarrod Howard, senior, which caused a mad scramble underneath the basket. The Lions were given possession and when he ball was inbounded, Howard was fouled after going up for a second shot. Stepping to the line, Howard swished his free throws and put the Lions up 51-50. With 3.6 seconds left, Grant threw the ball to half court but had it stolen from Howard. Howard dribbled out the ball and the buzzer sounded. West Linn had won 51-50.