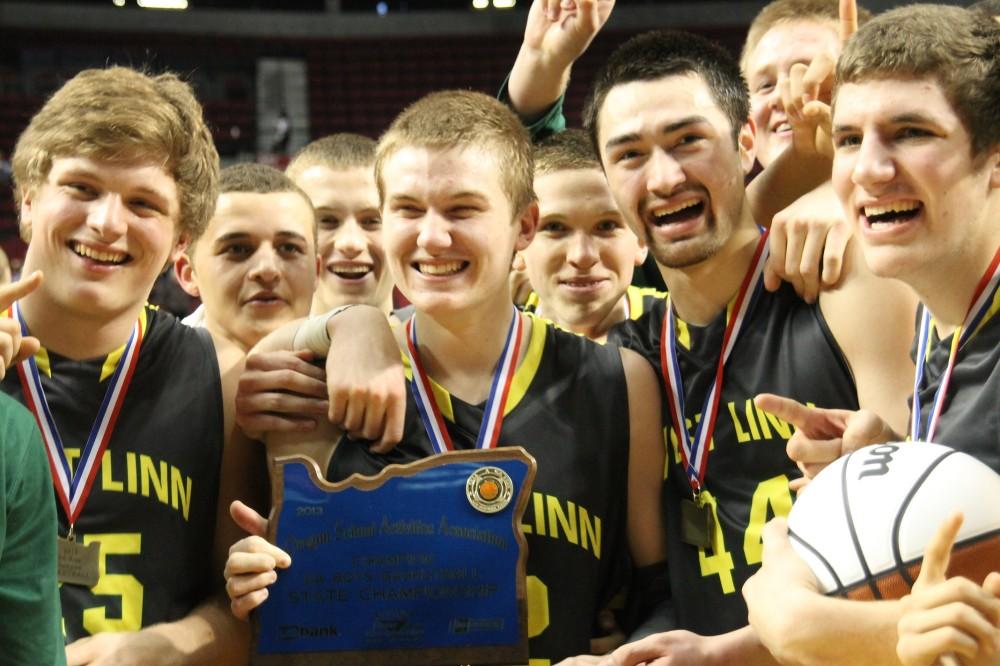 The game started off slow for the Lions, with Central Catholic jumping to an early five point lead. West Linn wasn’t fazed, and was able to keep its composure and by the end of the first quarter, only trailed by two, with the score 11-9.

During the second quarter, Ryan Shearmire, junior, made a three-pointer from the corner and the Lions never relinquished their lead. When they couldn’t find a shot in the paint, West Linn kicked the ball out to the perimeter for Anthony Mathis, sophomore, or Hayden Coppedge, junior, to drain a three.

If there was any more of a confidence booster coming out of halftime, it would be hard to find. The Lions went on a 6-0 run to start the third, and led 25-17 at one point. Payton Pritchard, freshman, played very well and had an enormous three late in the third quarter. The score was 31-27 with eight minutes left in the game.

West Linn wasn’t able to completely pull away from Central Catholic, and needed another clutch performance from their players. With the score 44-41, the Rams had the ball and hoisted up a three with 15 seconds left. Central Catholic rebounded the ball and tried to put up another shot but was blocked by Shearmire. With the ball bouncing off almost every player, Shearmire caught it and was fouled. Making the first, but missing the second free throw, the ball was rebounded by none other than Jarrod Howard, senior, who dribbled out the clock. When the final buzzer sounded, the Lions were the last ones on top – State Champions.

West Linn was led by Shearmire who scored 15 points and grabbed nine rebounds. Mathis also scored 15, three of which were beyond the arc.

Many of the players joined with the student section in celebration and after it all ended, walked off the court as champions.