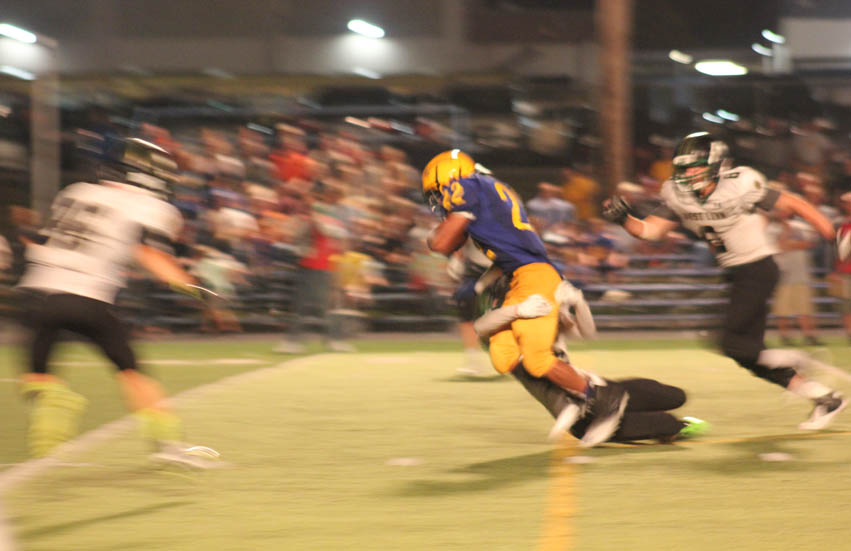 West Linn running back Louie Germaine, senior, led the Lions through the first half with two touchdown runs of 11 and five yards, respectively, and an 18-yard pass from quarterback Hayden Coppedge, senior. Despite a failed point after touchdown after the Lions’ second touchdown, West Linn had dominated the first half and shutout the Bruins with a score of 20-0 by the time the third quarter started.

Germaine added another touchdown to the night after running in from one yard out. Barlow finally put points on the board with a nine yard run from Garrett Childress and two passing touchdowns to Will Allen from quarterback Alex Plusquellec of 16 yards and nine yards, respectively. The Bruins also had an interception returned for 25 yards by Dillon Payne.

Germaine added two more touchdowns in the fourth quarter, one on a three yard dash and another from Coppedge for 24 yards.

Germaine finished the night with six touchdowns and guided the Lions to victory.

West Linn plays South Salem this Friday at 7 p.m at West Linn. The Lions played South Salem last season and lost on the road 43-34. If West Linn wins this Friday they will be at .500 and start conference games next week.