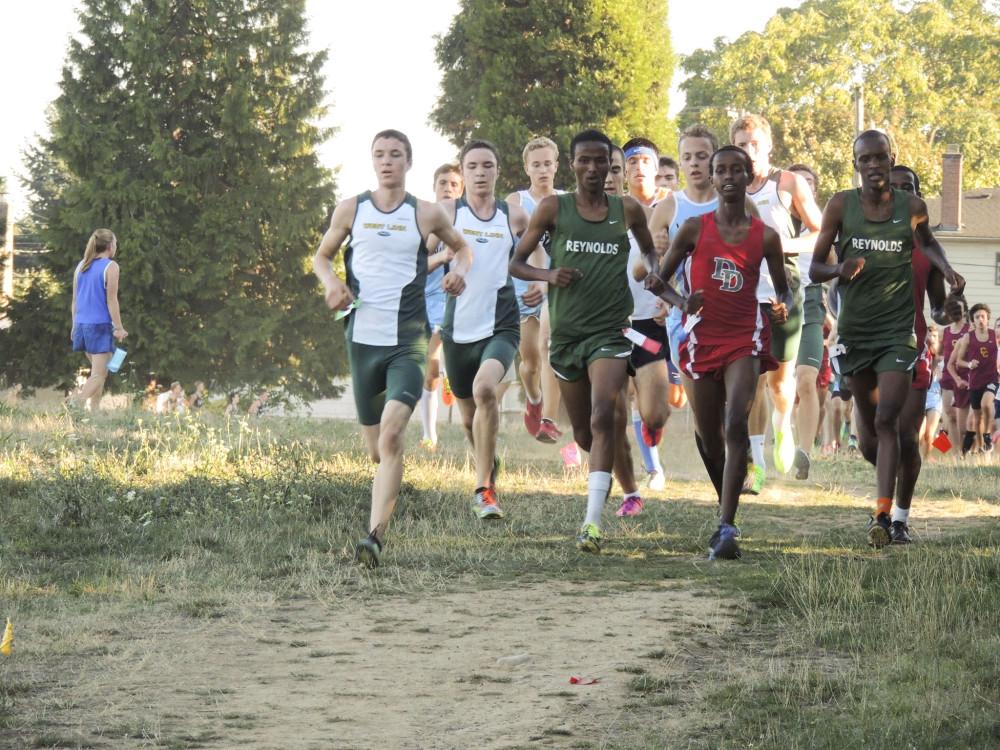 The Cross Country team has been putting up some impressive results so far this year. The Varsity boys team is led by sophomore twins Roman and Grayson Ollar. Roman placed first in the Tualatin Invite and the Wilsonville Night Meet and second in the MHC/TRL crossover meet. Michael Sullivan, senior captain, Conor Egan, sophomore, and Jacob Evans, junior fill in the third, fourth, and fifth spots. With impressive improvement since last year each varsity boy has had a personal record in their 5k times.

The boy’s team is filled with promising young talent and hope to be a major contender in state. They will be running against top dogs Central Catholic and Jesuit according to Sullivan.

“I think our team is looking good this year if we can stay strong and run as a team our chances of placing at State are good,” Terry Sullivan, assistant coach said.

“We just need to stay focused,”

The team has continued its strong start with a first in the Tualatin Invite, Wilsonville Night Meet, and MHC/TRL Crossover meet.

The girls team is also on track to be competitive in districts. The girls team is led by Johanna Briscoe, freshman, who has been putting up impressive times so far this season. Briscoe won her first high school meet at Wilsonville clocking in at a 11:11 3k time.

“We have been working hard this year to stay in shape and be ready for districts,” Cailin Guerins, senior captain, said.

The summer running for the girls team has helped the development of the team. Summer camp also allowed the individuals to bond and grow as a team. The girls placed third in the Tualatin invite edged out by Beaverton and South Salem.

For more information go to Athletic.net