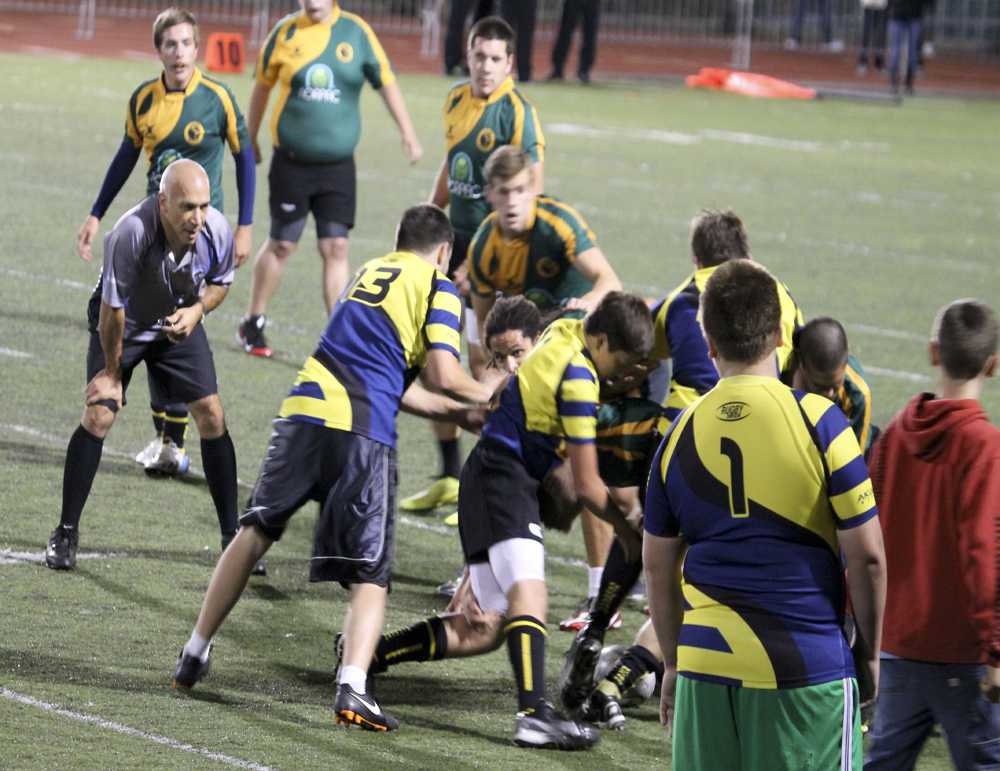 The first home school football game on Friday promised a fun halftime. The game versus South Salem was talked up on the video Roar and at the pep assembly. Kevin Edwards, senior, told the crowd on Friday to wear old shoes, and hinted that the halftime might somehow involve a helicopter. The pep assembly also included a fun game of musical chairs, a competition won by the seniors who were represented by Daniel Zakariya.

However, even though the blackout game was fun and the Lions were winning. Halftime was filled with the rugby players playing, instead of the promised helicopter. It had to be canceled due to weather and the paint that was going to be thrown onto the crowd was called off due to concern about damaging the band’s instruments.

The purpose was to have Katy Perry, singer, come to our school, the helicopter was going to film the crowd from an aerial view and the paint was going to be a good addition to the student blackout.

“We actually weren’t able to do the halftime thing so we are not doing the video anymore.” Ellen Ward, senior, ASB president, said.

However, victory was the theme of the night. The final score was 58-9 ending in a Lion victory. The rugby team played Newberg and also came out victorious. It didn’t matter if the halftime excitement was canceled; Lion spirit was evident in the awesome assembly and blackout game.