Ski team underappreciated after success of other major sports 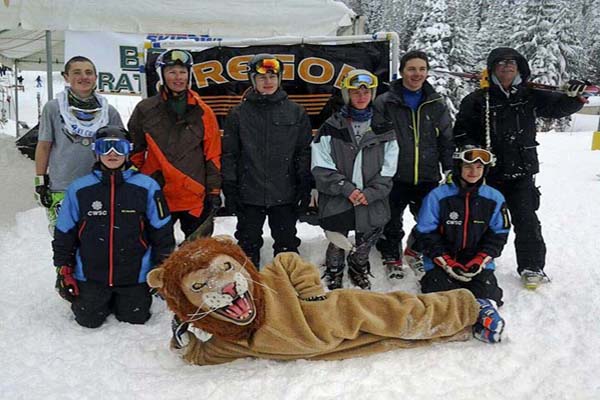 The West Linn Boys Ski Team is coming off three consecutive state titles and is considered the best in the state of Oregon. Yet despite this dominance, the ski team flies under the radar of recognition when it comes to other, more popular sports.

When the ski team won its third state title in a row this previous March, it was an achievement worthy of significant recognition. Yet despite the dominating victory, the West Linn’s boy’s basketball team had beaten Lake Oswego to advance to the state championship game at the exact same moment.

Understandingly so, students and faculty were fired up seeing their basketball team earn a chance to win state for the first time since 1997. Unbeknownst to most people, the ski team was celebrating its own accomplishment.

Most underappreciate ski team, and not a whole lot of people are aware of its sheer dominance.

“I think we’re underappreciated because of the fact that skiing is not a mainstream sport,” Trevor Maxwell, junior, said. “Regular people don’t turn on the tv and watch skiing.”

Maxwell has been on the ski team ever since his freshman year along with his brother Colin, a senior. The Maxwells traverse the country, participating in various competitions.

Despite that, most students would more likely attend a basketball or football game rather than driving and hour and a half to Mt. Hood to watch a meet; and reasonably so.  Our basketball team was recently ranked number one in the state.

Most people, outside of dedicated friends and parents, would rather sit in a warm gym than stand at the bottom of a ski run, shivering in the cold mountain air.

After the basketball team won state, there were posters and the pictures all over the school recognizing this accomplishment and it was the subject of the roar for weeks on end. Ski team had some pictures on the tv and a tiny mention on the roar but that was about it. As a school, we can show ski team our appreciation by having ASB make more posters for the team and more attention on the roar. If this all works out, students and faculty will finally realize what the West Linn High School ski team has accomplished.