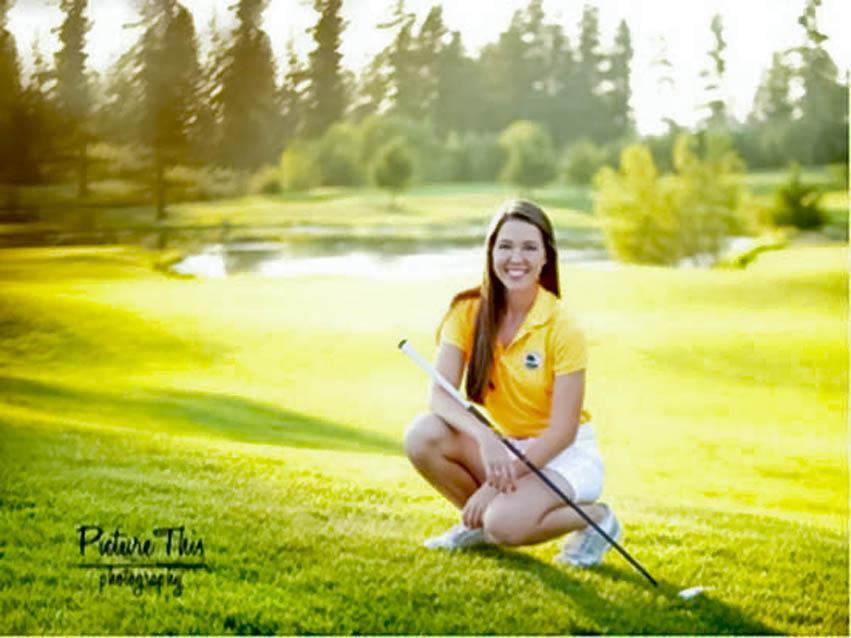 “Golf is a game that teaches you a lot of lessons. You learn how to be mentally strong, how to make comebacks, and how to compete in different situations.” Sarah Archuleta, senior, said. Archuleta earned a golf scholarship to Colorado State University and is eager to attend the institution.

In addition to golfing, Archuleta also enjoys photography, horseback riding and numerous other outdoor activities such as wakeboarding and hiking.

Archuleta is also an avid babysitter. She excels in golfing as well as school; she is currently taking honors law, AP Biology and AP Photography.

“She is one of the most enthusiastic learners I know,” Ann Breyne, photography teacher said.

Her dad, Jeff Archuleta, started her in golf and she considers him her role model.

“He taught me to love the game from the start and is the one who travels with me to tournaments,” Archuleta said. “From before I could remember, I had a golf club in hand and he was right by my side.”

Archuleta qualified for the Junior America’s Cup representing Oregon. She advanced it to the USGA Girls Championship in Indiana, and has played some other big tournaments as well. “Making it to these places made me realize that I have a chance to win NCAAs in the future,” Archuleta said.

Archuleta had an opportunity to visit CSU and her “visit there was great! I got to spend time with the team and my coach, which was so much fun.” Archuleta said “I played one of their courses and loved it.” Archuleta said. “I can definitely see myself living there and can’t wait to be a Ram athlete.”

With her positive outlook, Archuleta is excited about her future. “I feel blessed to have made it this far and am grateful to all the people who have believed in me,” Archuleta said.