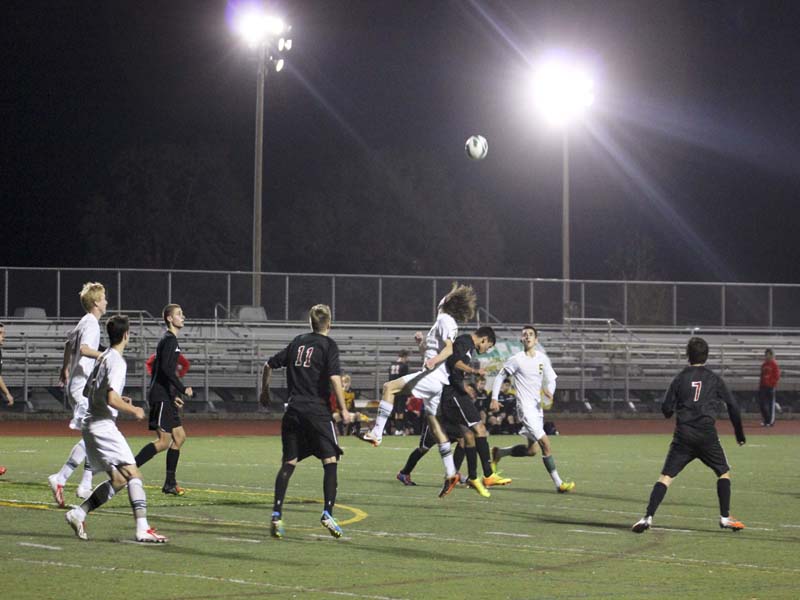 Last season, the West Linn Boy’s Varsity Soccer team was facing an identity crisis. Coming off a 4-9-1, 3-6-1 Three Rivers League record, the Lions didn’t look like they could be league champions the next season.

“It’s an outstanding feeling,” Greg Bean, head coach, said. “The way we won was great but the best part was seeing the kids so involved.”

The Lions went 10-0 in intra-league play and only allowed one goal to the Oregon City Pioneers back in September. In fact, the only loss for West Linn was the first game of the year where they fell to the Wilsonville Wildcats, 3-1.

But on Wednesday night, all the pain of last season, and the work put into this one finally paid off for the Lions with a league title in its hands.

“Winning league feels great,” David Evans, junior, said. “Despite that, we aren’t completely satisfied with our undefeated season and we’re looking to go as far as we can.”

Such a turnaround from the losing season in 2012 is remarkable but not a surprise to the players for West Linn.

“We started way back in the summer knowing what kind of team we wanted to be. We had high expectations and that’s how we’ve done so well,” Evans said.

“Our mantra for the team is ‘what’s next’,” Bean said. “The team chemistry, leadership meetings and overall team bonding contributed to our success.”