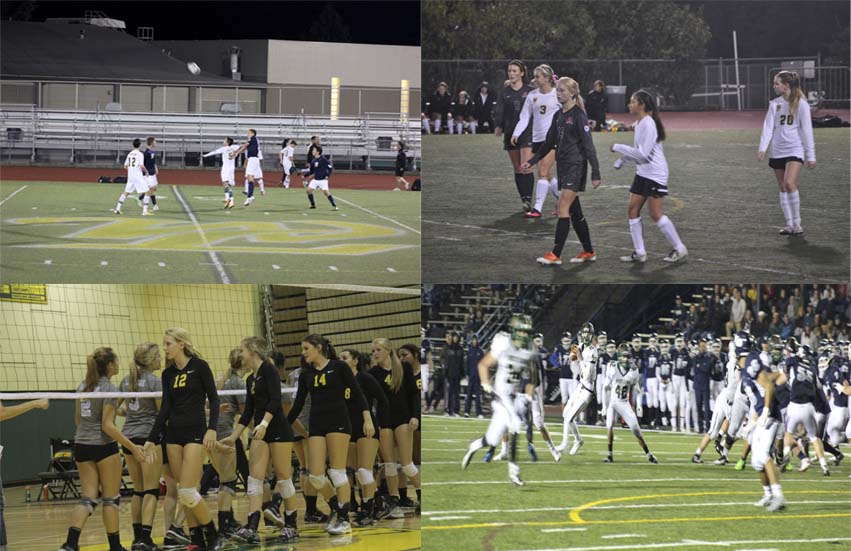 One of West Linn’s biggest rivals has always been the Lake Oswego Lakers and beating them has been something almost every Lion athlete dreams of. This season, West Linn has gone a combined 10-0 against Lake Oswego in all fall sports.

The most publicized victory over the Lakers came when the Lions ended their 13-year losing streak in football and beat Lake Oswego by a score of 7-3.

Along with an important victory in football, the Boys Varsity Soccer Team defeated L.O. twice this season by a combined score of 3-0 on their way to an undefeated intra-league play and Three Rivers League title.

“As a team we definitely are in a different zone playing LO than, say, playing Canby,” David Evans, junior defensive/midfielder said.  “The rivalry games are always the most aggressive, intense game out of the entire season.”

West Linn’s cross country team has put Lake Oswego to its on their way to districts. And then

“We race LO several times so when you’re in the race your main goal is to get the best place and time as you can,” Kaylee Combs, junior, said. “Our coach does remind us to beat, or pass the people in blue.”

The Varsity Volleyball Team left an impression the one and it time they played the Lakers walking away with a 3-2 victory.

The Girls Varsity Soccer Team face Lake Oswego twice this year, shutting them out and beating them by a combined score of 4-0 en-route to an 8-3-3 team record.

Anytime a team can take down its rival, it can be a huge momentum swing in the league standings or in the overall rivalry. The Boys Soccer Team’s victory over L.O. helped push the Lions to a TRL title.

“Once we beat LO, it feels like we put them in their place,” Evans said. “We have a new confidence after those games but in the end it is just another game leading up to the playoffs.”

“Beating Lake Oswego is always a good feeling because that means we’re working hard and focused at the goal on hand,” Combs said.