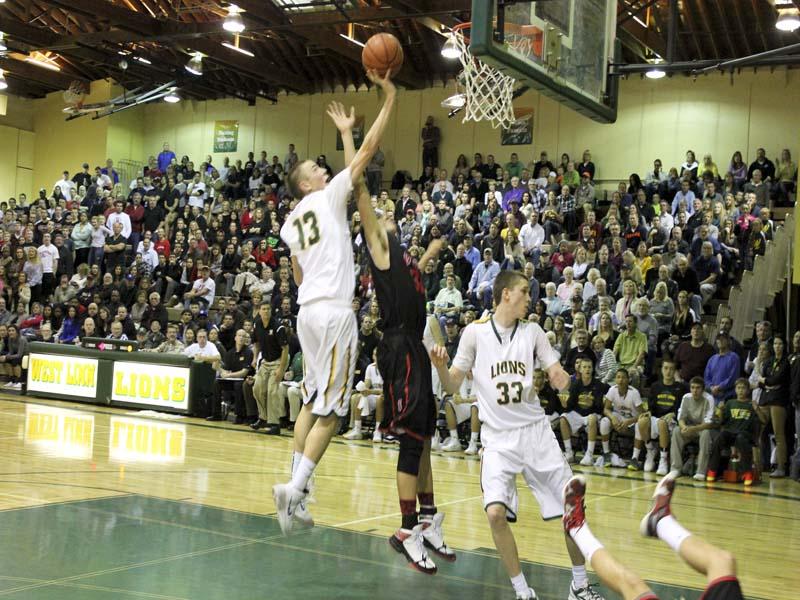 Both teams started cold, with the Lions leading by two after the first quarter, 8-6. West Linn improved before halftime scoring 14 points and holding the Cavaliers to just eight. At the second quarter buzzer, the Lions held a 22-14 lead.

West Linn began to run away with it in the second half, putting up 41 points in the third and fourth quarter, and only allowing Clackamas to score 25 point.

The Lions were led by Anthony Mathis, junior, who netted 19 points and Hayden Coppedge, senior, who put up 14.