Lions basketball moves into first place with win over Lakeridge 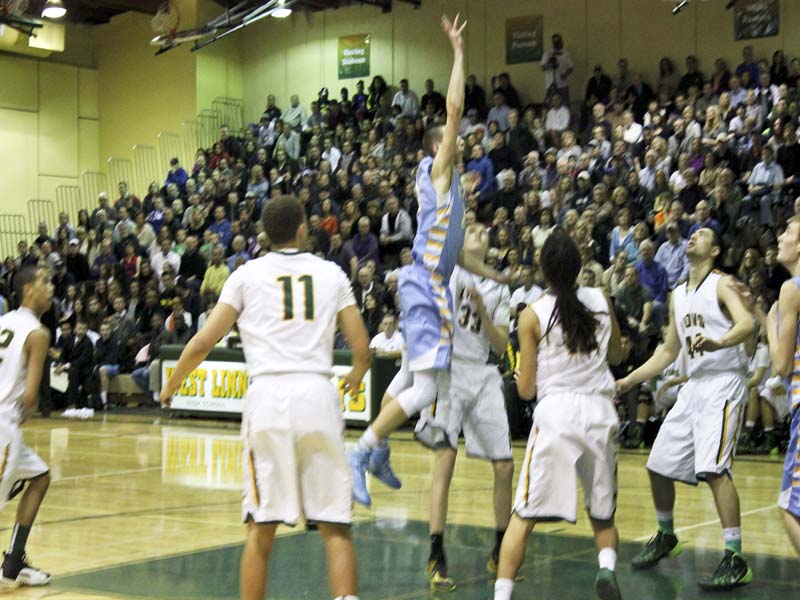 Lakeridge kept the game competitive early in the first half, down only three when the first quarter ended, 19-16. West Linn controlled the second quarter on both sides of the ball, allowing only 11 points from the Pacers and scoring 25 of their own. At halftime, the Lions held a 44-27 lead.

West Linn never looked back and continued to thrive on offense and defense. By the final buzzer the Lions emerged with a 77-49 win.

West Linn was led by Payton Pritchard, sophomore, and Anthony Mathis, junior, with 22 and 20 points, respectively.