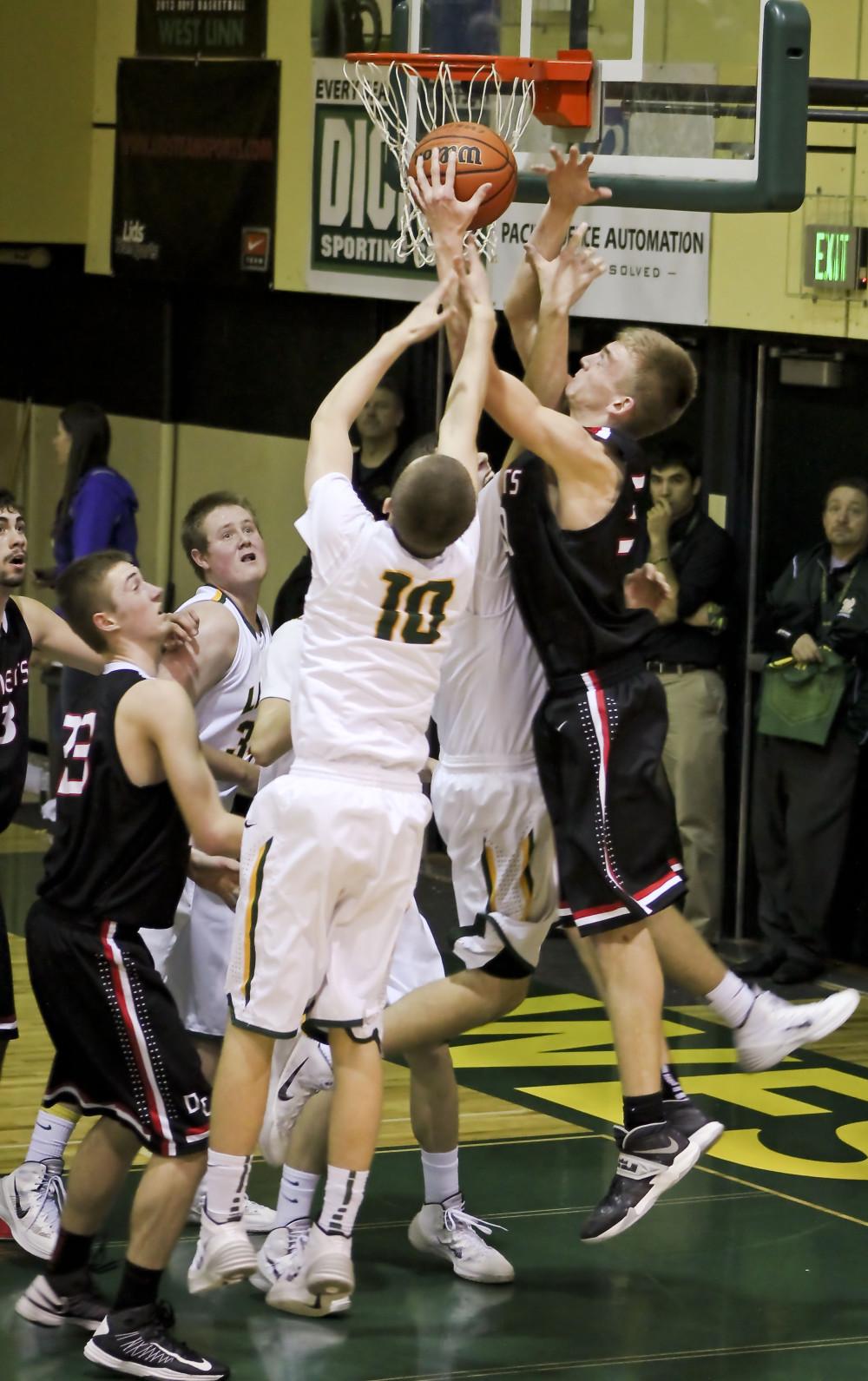 Trailing 36-30 at halftime, the Lions stormed back and outscored Oregon City 38-25 in the second half. Full court pressure in the second half contributed to West Linn’s small 6-0 runs in the third and fourth quarters and late free throws by Ashley Johnson, senior, and three pointers by Sidney Kolasinski, junior, helped push the Lions to victory.

Following the upset victory over the Pioneers, the boys team (15-4, 5-0 TRL) took on the Oregon City (11-7, 2-3 TRL). The Lions started the game with a 10-2 run and continued its dominance throughout the first half. Despite mistakes on the offensive side of the ball, West Linn opened up the second quarter with another dominating run, 15-0. By halftime, the Lions were up 42-15. The second half was more of the same and West Linn cruised to a 40 point 82-42 win.

Both the boys and girls teams have the week off and will take on Clackamas next Tuesday at 6 p.m. and 7:30 p.m.