Snowboard team heats up the mountain

Multiple riders place in the the WLHS Snowboard Team's most recent competition. 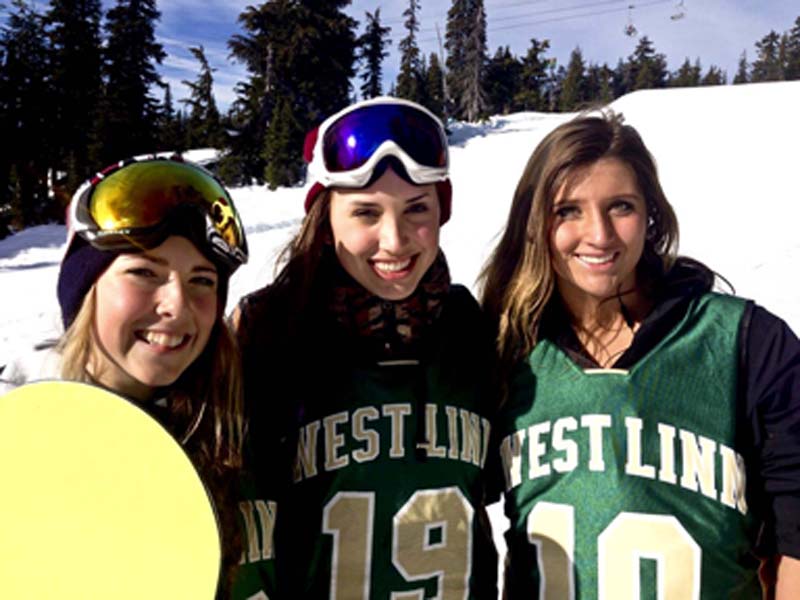 The West Linn High School Snowboard Team has started its season strong as the returning state champions. At the most recent competition, the team faired extremely well. Both Michael Foushee, senior, and Alexa Gilbertson, senior, placed first in Snowboard Cross. Tori Velasquez, senior and team captain, Breck Beishline, sophomore, and Caleb Sorenson, senior, also placed in their categories coming in second, third, and fourth respectively. So far, the season has been in line with the team’s goals.

“We want to do well in competitions and win state again this year,” Velasquez said.  “We also want every rider to improve.”

Both the boys and girls teams placed first in Banked Slalom as well.  At their first competition of the season in Slopestyle, the boys also placed first while the girls placed second.  Already, three members have qualified for state. Gilbertson, Foushee and Velasquez will be heading to Mt. Bachelor at the end of the season in hopes of winning a consecutive championship. State will take place from March 12-15.

The team spends a considerable amount of time together when not competing which is a large part of why Velasquez believes contributes to the sense of family.

“We bond from the long bus rides to practice and when riding as a team and cheering each other on during competitions,” Velasquez said. “We all love to snowboard and just being with people who love to do it makes it so we are a big family.”

The Wednesday practices often last from the end of school until 10 p.m., with some additional practices on days off and on weekends.

Practices involve a lot more than just riding though. The team has downtime when they do everything from watching comedies and the latest snowboard videos, to sharing snacks and relaxing after a long day. The team practices at both Ski Bowl and Timberline but the ultimate goal is to make it to central Oregon in March.