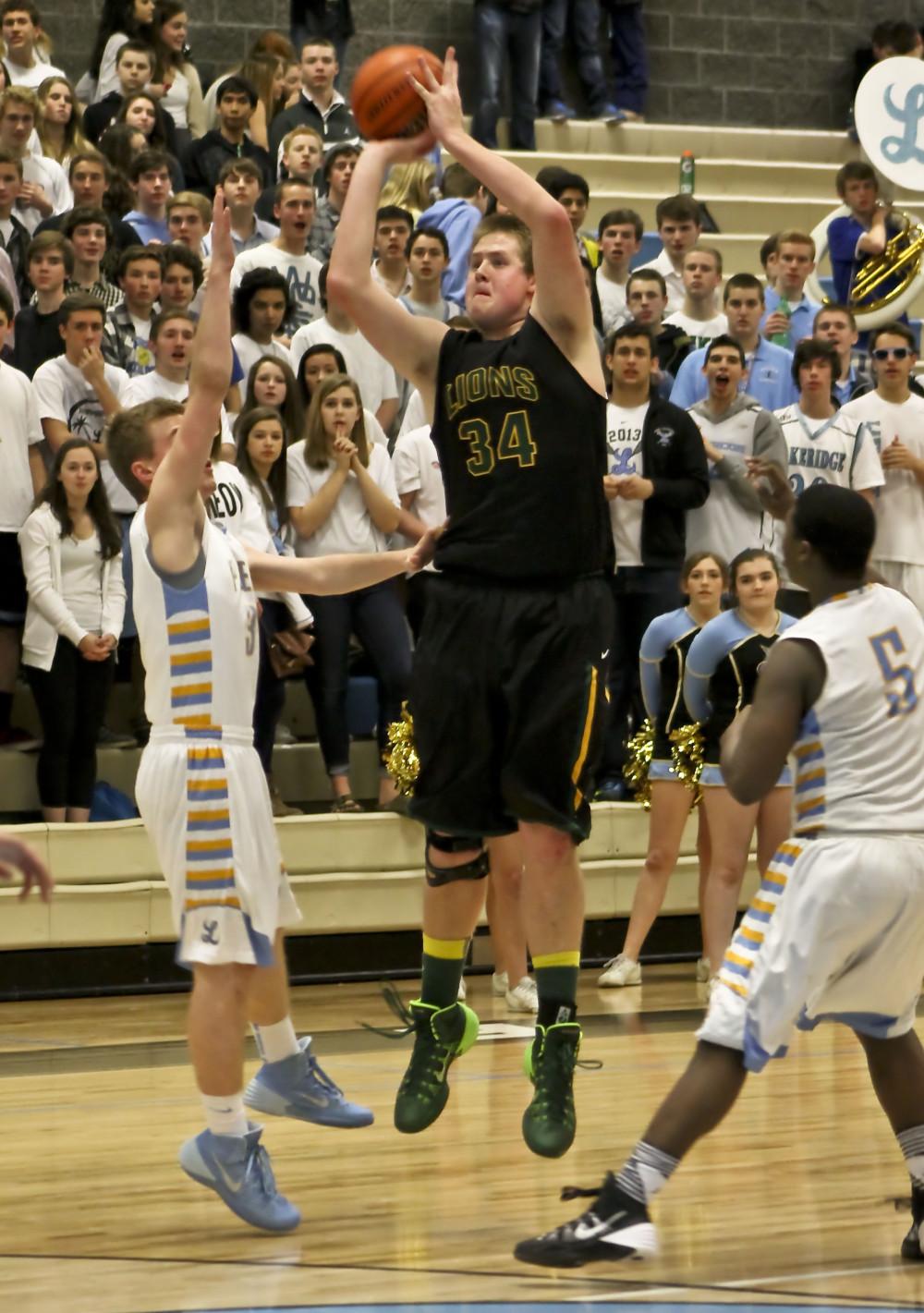 Payton Pritchard, junior, guided the Lions to victory, leading all scorers with 24 points. Lakeridge kept it close and was trailing only two points with two minutes remaining in the game. West Linn was able to stop the Pacers and closed out the victory on the free throw line, going 9-11 in the final quarter.

“It was really intense and physical,” Anthony Mathis, junior, said. “It was probably one of the most fun games all season.”

Mathis started the game on fire, nailing three early three pointers and propelling West Linn to a 25-12 first quarter lead. Not looking back, the Lions continued its excellent play over all four quarters and emerged with a 48-65 win.

“We played really well,” Mathis said. “It’s Lake Oswego so we wanted to beat them badly.”

Mathis led West Linn in scoring with 20 points, followed closely behind by Pritchard, who contributed 18.