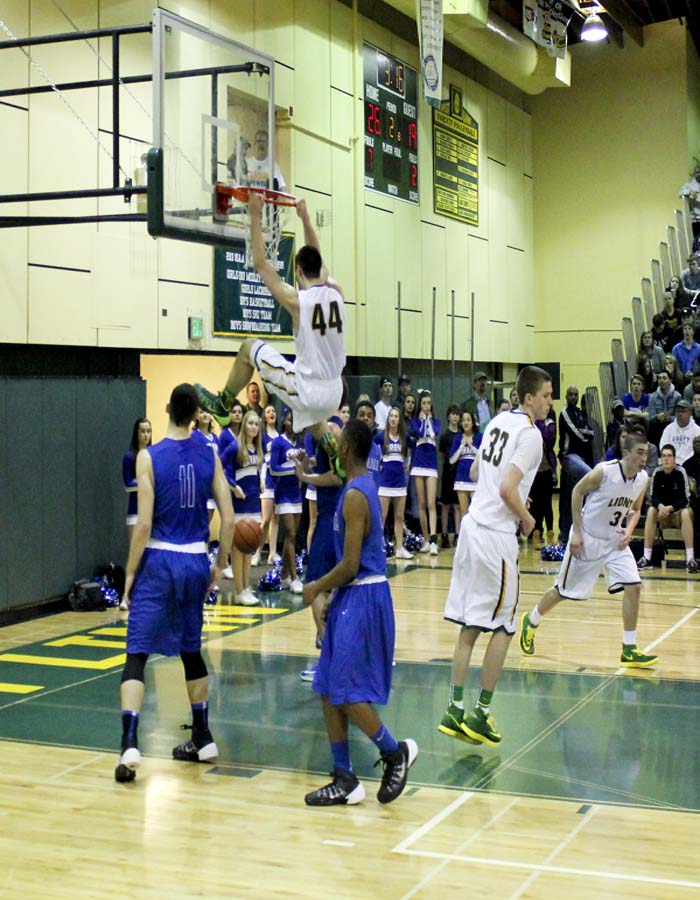 After struggling early in the first quarter, the Lions were led by guard Payton Pritchard, sophomore, who netted 21 points, 19 in the first half. Building a double-digit lead during the second half, West Linn cruised, even going on a 27-3 run from the end of the third to mid-fourth quarter.

Anthony Mathis, junior, and Hayden Coppedge, senior, scored 19 and 15 points respectively to help push the Lions to the Garden. West Linn will be in a rematch of last season’s state title game against the Central Catholic Rams (17-9, 10-0 Mt. Hood Conference).

West Linn struggled on offense in the first half, putting up only 13 points and allowing 32 to the Saxons. The Lions were led by guard Sidney Kolasinski, junior, and Genna Hughes, senior, who scored 15 and 11 points respectively.