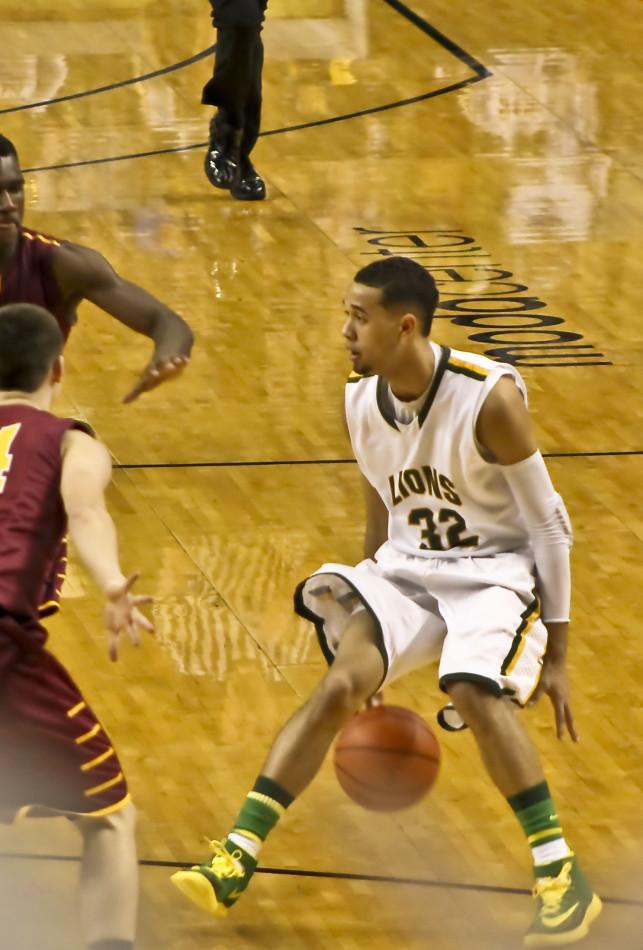 The West Linn Boys Varsity Basketball team (25-4) took on the Central Catholic Rams (19-11) in a rematch of last season’s state title game. The Lions fought their way to a 74-63 win.

“I Thought we did a good job of getting fast break points and in the second half we did a lot better on the boards rebounding,” Hayden Coppedge, senior, said. The Rams kept it close in the first half, with West Linn having only a four-point lead, 28-24 at halftime.

With a rematch of last season’s state title game, West Linn had an idea of what to expect going into the game.

“We watched film from this season rather than any from the title game because of the new personnel,” Coppedge said.