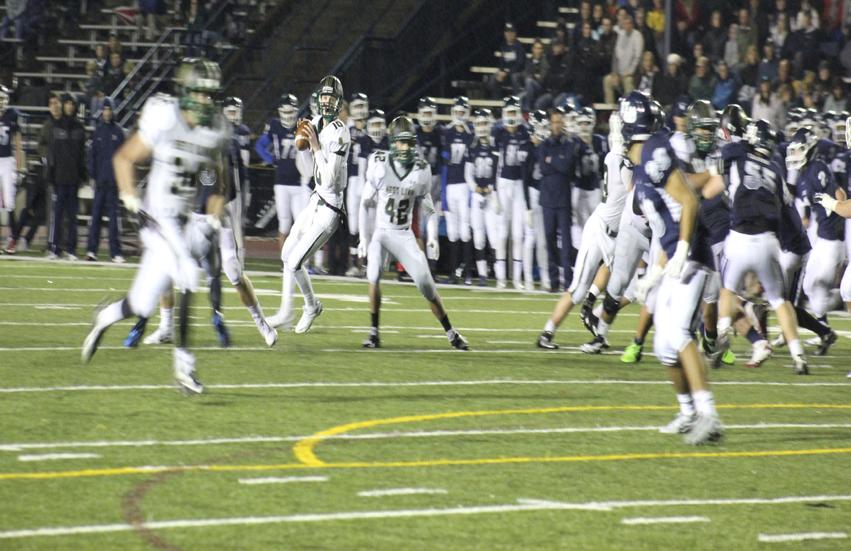 On a rainy September night, the West Linn Lion Football team ended a 14-year losing streak to crosstown rival Lake Oswego in a 7-3 nail biter. The victory was one of the scarce bright moments of the season, as the Lions finished with a 4-6 record and a second straight defeat at the hands of the Southridge Skyhawks during second round of the playoffs.
This year, things are different. West Linn has jumped out to a 2-0 record with a huge win in the season opener against non-league rival Oregon City. Lake Oswego has a 1-1 record in the young season, with its only win coming against Southridge, 21-14.
The Lakers have recently been in the news lately, and not for good reasons. Ten players, nine of whom are probable starters, were suspended for the first four games of the season after misconduct during their annual summer camp. The four games include tonight’s matchup against West Linn.
LO’s most recent trip in the 2012-2013 season to West Linn was not a pretty one for the Lions The Lakers dominated in every part of the game, beating the Lions soundly, 41-0.
Tonight at 7 p.m. at West Linn, the Lions are looking to capitalize on last season’s win with another victory against the Lakers.