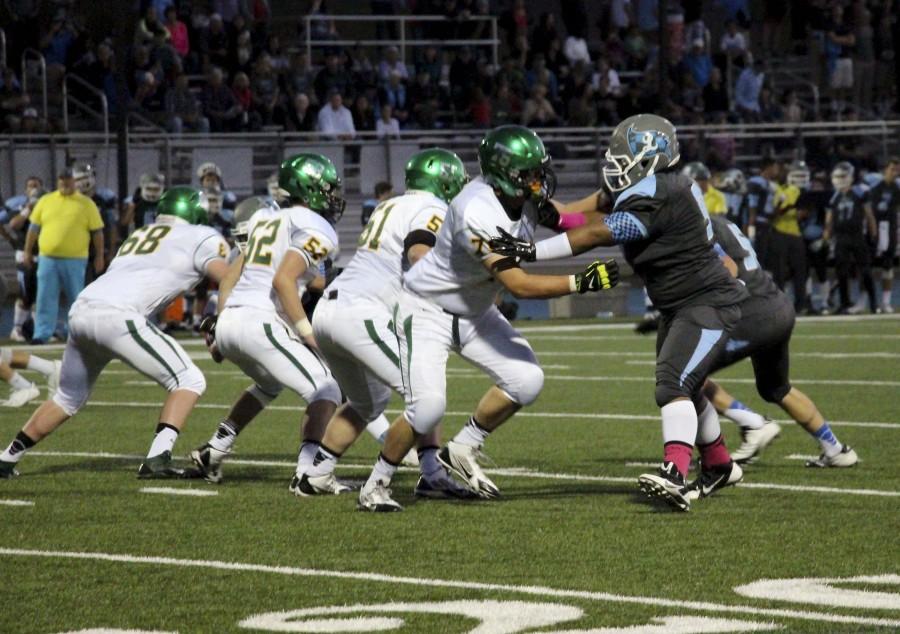 The West Linn Varsity Football team (5-0, 3-0 Three Rivers League) continued its undefeated season with a huge victory over the Lakeridge Pacers (2-3, 1-2 TRL) 35-7. Led by another impressive performance from sophomore Tim Tawa, who went 13-17 for 138 yards and three passing touchdowns, the Lions have asserted themselves as a real Three Rivers League contender; moving up to fourth in the Oregon Scholastic Activities Association (OSAA) rankings.

The Lions built their lead early when Tawa connected with senior tight end Kurt Moon and junior wide receiver Connor Berggeren for two touchdowns in the first quarter. Touchdowns in the second quarter from running back Elijah Molden, sophomore, and Berggren helped extend West Linn’s lead to 28-7 at halftime.

The Lions defense prevented the Pacers from entering the endzone in the second half, and a rushing touchdown by Tawa gave the Lions the 35-7 win.