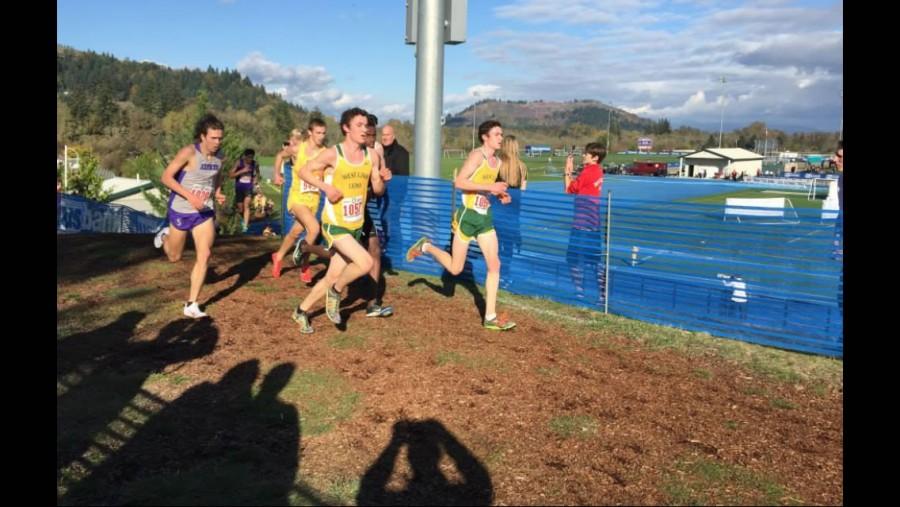 Roman Ollar, junior captain, and Grayson Ollar, junior, led the varsity Cross Country Team by finishing second and fourth, respectively, locking them in as the two fastest junior runners in the state. The Ollar twins combined for only six points, less than any teams top two runners points combined. Grayson finished just six seconds behind his twin brother who had a time of 15:40.

“I am going to train hard and do even better next year,” Roman said. “I will train for next years meets by having a good track season and training a lot with Jay (his coach) over the summer.”

The State Cross Country Meet was held on Saturday, Nov. 1 at Lane Community College. The Lions were ranked eighth in state going into the meet after placing first at the district meet. The team finished with 161 points securing fourth place.

“I definitely think we have a chance to win state next year,” Egan said. “As long as everyone stays healthy and keeps training hard.”

Johanna Briscoe, sophomore, shows promise by qualifying for the state race even when the girls team did not. Briscoe ran a 21:38, placing 97th in state and hopes to improve over the next two years.

“I could have run better.” Briscoe said. “I was something like 40 places behind where I was last years state meet. I am going to train hard and improve for next year’s meets.”