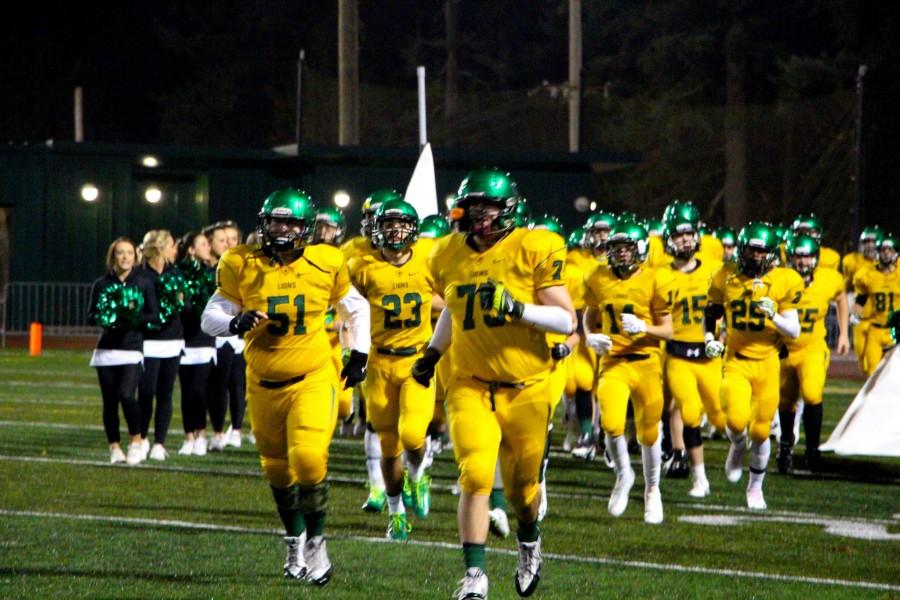 The Lions have advanced deep into the OSAA State Football playoffs and prepare to take on the Rams from Central Catholic tonight at 7 p.m. at Hillsboro Stadium. Central Catholic has consistently been regarded as one of the best teams in the state of Oregon, winning the state championship last season, and this year, they have backed up the hype. Jumping out to a 10-1 record, the Rams’ only loss came against one of the best teams in the country, St. John Bosco (Bellflower, Calif.), 42-14. Notable wins from Central Catholic include victories against Oregon City, 49-21, Jesuit, 24-17, and Clackamas, 33-7.

The Rams are led by four-star running back Cameron Scarlett, who has received offers from notable Division-One schools such as UCLA, Notre Dame, Stanford, Oregon and Washington. Stopping Scarlett will be a difficult task, and Chris Miller, head coach, hopes he can do just that.

“We have to stop him collectively,” Miller said. “We have to be big and physical.”

The Lions have found notable success on the offensive side of the ball, with underclassmen Tim Tawa, sophomore, and Connor Berggren, junior. Tawa, who recently committed to Stanford for baseball, has thrown for 2,849 yards, 37 touchdowns and only five interceptions and received first team all league honors in his first year as West Linn’s starting quarterback.

“Tim’s really good at running our offense and he distributes the ball really well,” Miller said. “We have some of the four best playmakers in state in Elijah Molden [sophomore], Kurt Moon [senior], Cody Coppedge [junior] and Connor Berggren.”

“We have good matchups and I’m confident about our skill athletes,” Miller said. “I am nervous though about our interior line especially since Central Catholic is so experienced with their line.”

West Linn will have a rooter bus for students to ride to and from the game. Tickets are on sale at lunch for $5 and the bus leaves at 4:45 p.m. and students should meet outside the front of the school at 4:30.