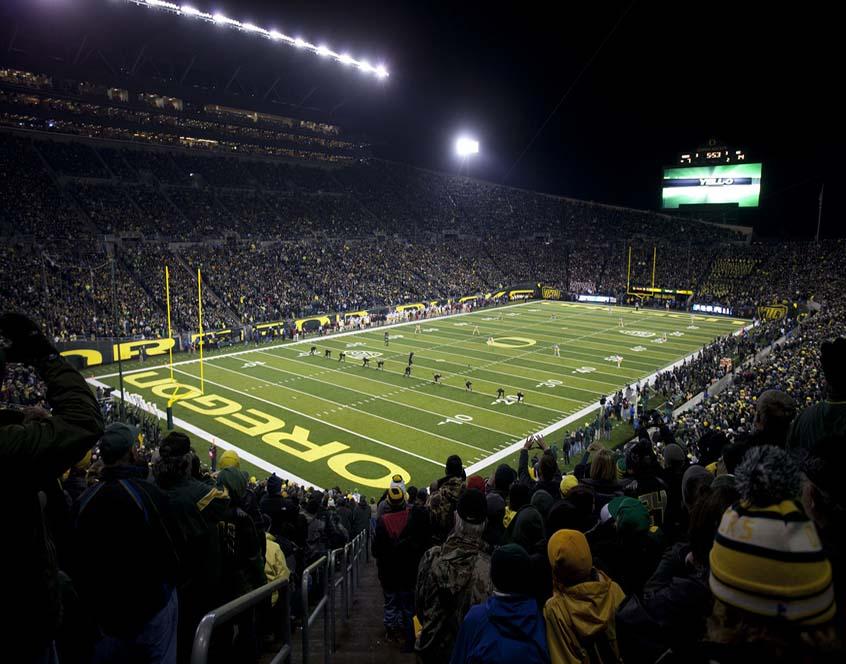 Midway through the 2012 college football season, Marcus Mariota was in his first season at quarterback for the Oregon Ducks. What Oregon fans and people around the country had discovered was that this kid from Hawaii was going to be something special. Flash forward two years and Mariota has lead the Ducks to a 35-4 record as a starter, victories in the Fiesta Bowl and Alamo Bowl and a spot in the brand new college football playoffs. Mariota has had a record season, scoring a total of 53 touchdowns and throwing only two interceptions. All of that culminated into Oregon’s first ever Heisman trophy, which Mariota won last Saturday. He received a total of 90.2 percent of total votes, the second most ever behind Troy Smith from Ohio State. Mariota hopes to continue his success into the postseason.

The Ducks are set to take on the Seminoles from Florida State whose quarterback is last year’s Heisman winner Jamies Winston. Fans and media around the country have labeled this game “Good vs Evil” in reference to the two quarterbacks set to face off. Winston has dealt with numerous off the field issues such as shoplifting, alleged sexual assault, yelling obscenities in public, and even point shaving. Despite that, he has guided the Seminoles to a 27 game win streak with Winston as the starting quarterback. On the other end of the spectrum, Mariota has only heard praise when it comes to his off-the-field actions: volunteering for numerous charities and even working with young boys every Tuesday at the Boys and Girls Club of America. Mariota’s only hiccup, if it even qualifies, was a speeding ticket he received last month.

With all of that aside, what really matters is what happens on the field. For Florida State, they have left every game for over two years victorious. Last season, they defeated Auburn in a nail biter for the National Championship, 34-31. The ‘Noles looked dominant all season that year, blowing out just about every team they faced but this season has been different. Florida State started slow in just about every game, and struggled even at home.They only beat Boston College (7-5), 20-17 and in-state rival Florida (6-5), 24-19. The Seminoles without a doubt are significantly more vulnerable than they were last season.

One of the more interesting matchups to watch will be Florida STate receiver Rashad Green lining up against Oregon conrnerback Ifo Ekpre-Olomu. Ekpre-Olomu was considered a first round pick for the NFL draft last season until he decided to stay with the Ducks for one more year. This season he has struggled at times and has not been the same player he was last year. He will have a tough time matched up against Green who leads the Seminoles with over 900 yards receiving and has been Winston’s go to man throughout the season. On passes of 20 yards or more, Winston has targeted Green 20 of the 51 times and has connected for eight receptions. Oregon leads the Pac 12 in touchdowns allowed (2) and interceptions (4) on passes like that.

They hype surrounding this game is insurmountable and it will surely be one for the ages. Kickoff for the semifinal will be Jan. 1 at 2 p.m. at the Rose Bowl in Pasadena, Calif.