With many freshmen players, the softball coaches have had to make some adjustments 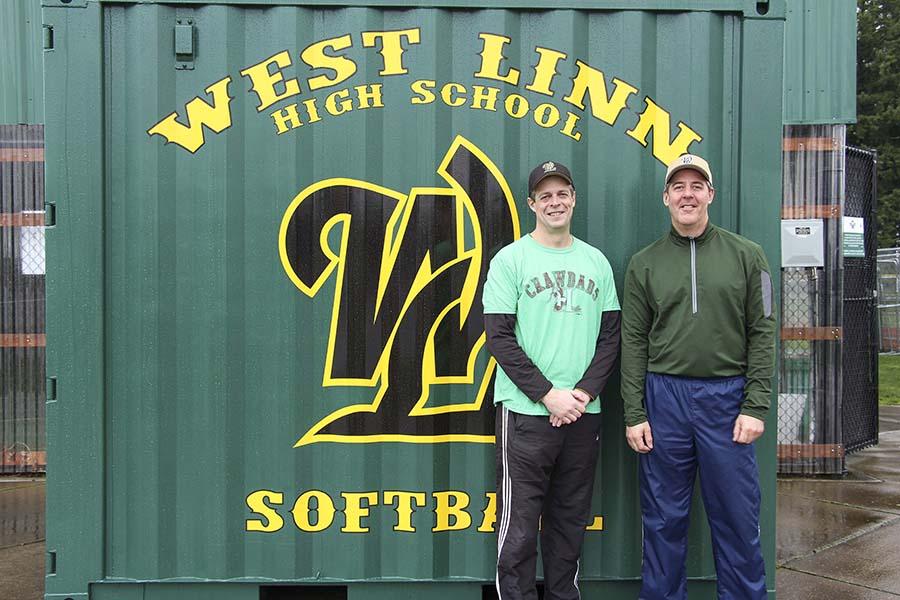 Matt Butts and George McKelvey have been named as the JV2 softball coaches while Sam Hicks has been hired as the the JV softball coach. With a lot of interest in softball this year, West Linn has added a third team to the usual two teams.

With almost double the amount of softball players, West Linn High School has brought on three new coaches to the staff as well as adding a third team. George McKelvey and Matt Butts will take on the junior varsity IIcoaching spots while Sam Hicks will be the new junior varsity softball coach assisted by Chuck Schroeder. This is the first year that Butts, McKelvey, and Hicks will have coached at a high school level and they are all excited about this opportunity.

“I’m looking forward to being out on the field with the girls that I’ve previously coached and just being part of the West Linn community,” Hicks, JV softball coach, said. Hicks’ daughter, Shay, has always been interested in sports and this is another way he is looking to be involved in her interests.

All three have had previous coaching experiences in softball as well as some other sports such as basketball and  water polo. Scott Smith, the Varsity Softball Head Coach, will be meeting with Hicks, Butts and McKelvey to help plan for the upcoming season and go over practice and game plans. However, there are still some challenges.

“Decision making during the game is always a challenge. You have to be thinking a couple of steps ahead at all times,” Butts said.

Since all three have been coaching softball for about ten years each, they are well prepared to face whatever challenge the competition throws at them. After looking back at last year, Hicks and Butts are expecting Oregon City to be the biggest out-of-league competition. As for league, McKelvey and Hicks are expecting a fight from Tualatin.

The 2015 softball season begins with tryouts on March 2 while games will begin March 16.