Baseball players gear up for a tough season 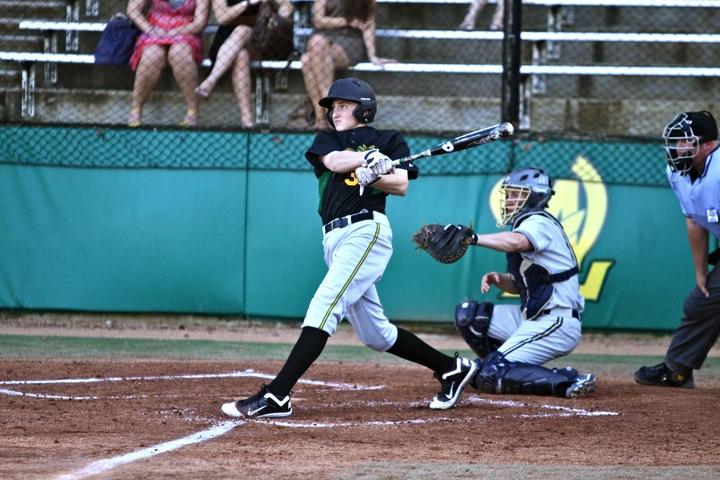 Karson Lindell, senior, plays as a sophomore on the varsity team. Lindell earned a full ride scholarship to University of Washington during the 2013 season.

Last year the West Linn Baseball season was a successful one for the Varsity team. They were first in league, but lost to Clackamas in the second round of the OSAA state playoffs.

After the devastating loss to Clackamas (5-1), the team is working at improving and perfecting its skills, during practices which are held four to five days a week. With Clackamas no longer in the Three Rivers League, a future rematch game may take place in the playoffs.

“We are all focused on getting better and growing closer as a team because we all have the same goal of winning state this year,”  Nicholas Yokubaitis, senior, catcher said.

“Every game is a big one this season. There’s no time for slacking; not one game is going to be harder than the other,” Joe Monahan, baseball coach, said. ”All the games are going to be tough.”

West Linn’s baseball team has many players who are going onto play in college, attesting to the quality of the team’s experience and skill. Will Matthiessen, junior, and Tim Tawa, sophomore,  are committed to Stanford University, Karson Lindell, senior, received a full ride scholarship to University of Washington, Daniel Ferrario, junior, will be going to Oregon State, Jordan Dailey, senior, is to play at Lane Community College, and Colton Cosner, senior,  will play at Linn Benton Community College.

“The depth of experience is going to be a big attribute to being successful this upcoming season,” Monahan, said.

The Lions first home game is on April 3 against Mountain View at 6:30 p.m.