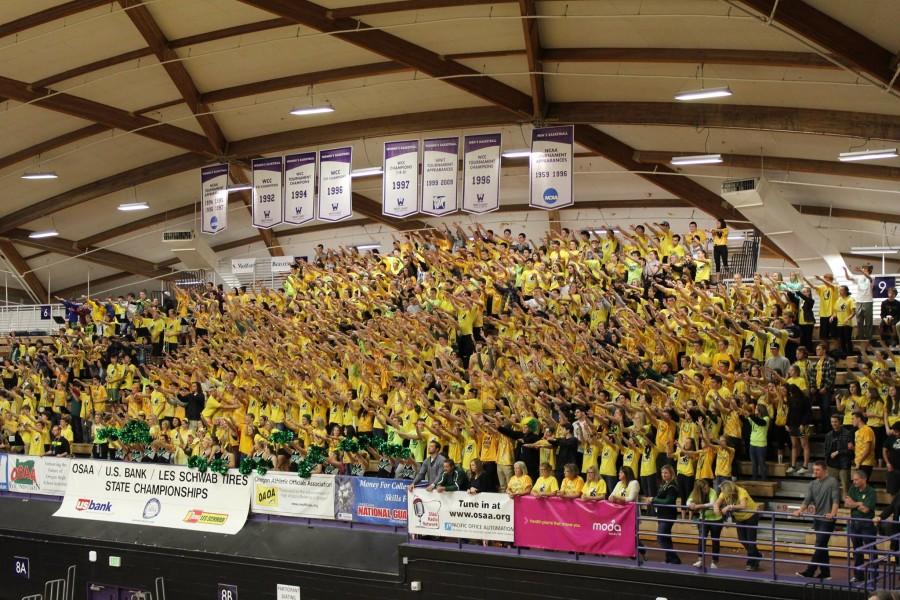 The West Linn Boys Varsity Basketball team (24-4, 13-1 Three Rivers League) is one step closer to its third straight state title with a 81-59 win over the South Eugene Axemen (21-8, 12-2 Southwest Conference) at the University of Portland’s Chiles Center.

West Linn started off hot with a 24-13 lead at the end of the first quarter and extended it further with a 43-25 lead at halftime. The Axemen defense could not contain the Lions offense, as Payton Pritchard, junior, led the team with 20 points. At one point in the second half the West Linn led by 28 points, which helped them cruise to a 81-59 victory.