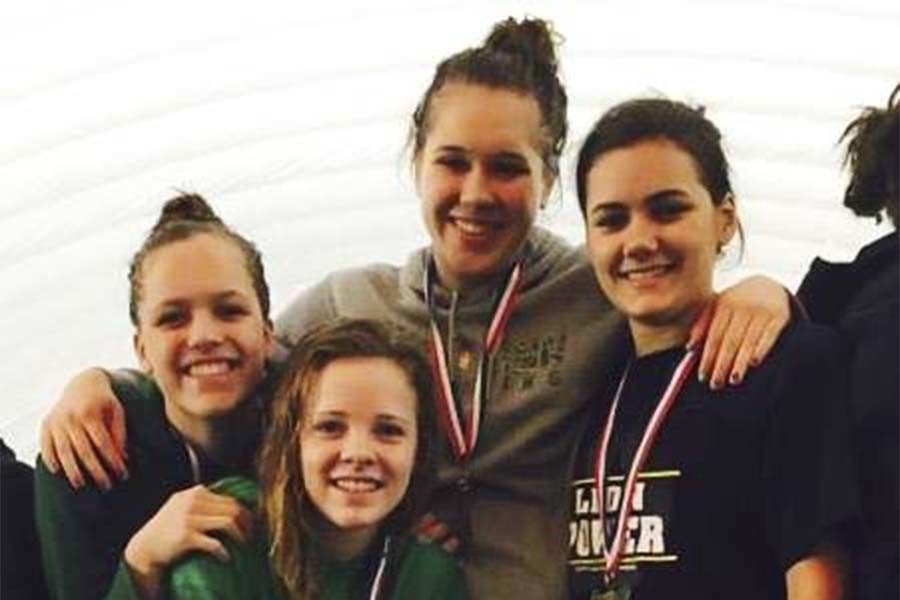 “We’ve gotten first in the relay the last two years, so it was cool getting first again,” Pinger said “It was also fun seeing our free relay place higher than we did last year.”

Pinger improved on individual events placing second in the 100 breast in last years state championship to first this year. Laderoute met a tougher group of swimmers this year in comparison to last year.

“There were a lot faster swimmers making it a harder competition for me in my events for the team”  Laderoute said.  Laderoute placed fourth in the individual 100 backstroke and took second in the 200 Individual Medley.

The girls swim team is not losing very many seniors, which should help them perform well next year.

“We are losing Brianna who is one of the fastest swimmers in state,”  Laderoute said. “Everyone on the team is going to have to pull their own and work really hard and train so we can defend our title again next year.”