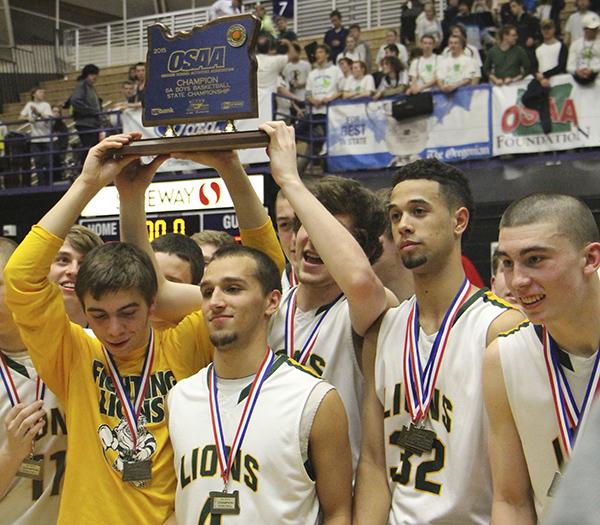 The Lions never trailed, after jumping out to an early lead in the first quarter, 19-14. After leading 37-25 at the half, the Lions held off the Crusaders comeback efforts as they came within seven heading into the fourth quarter. The Lions then took over going on a 10-2 run, to seal their third consecutive state title.

Payton Pritchard, junior, led the team with 29 points, helping him earn Oregon 6A player of the year, for the second year in a row. The Lions have become the second team in Oregon state basketball history to win three straight titles. Jesuit holds the record with four straight titles.