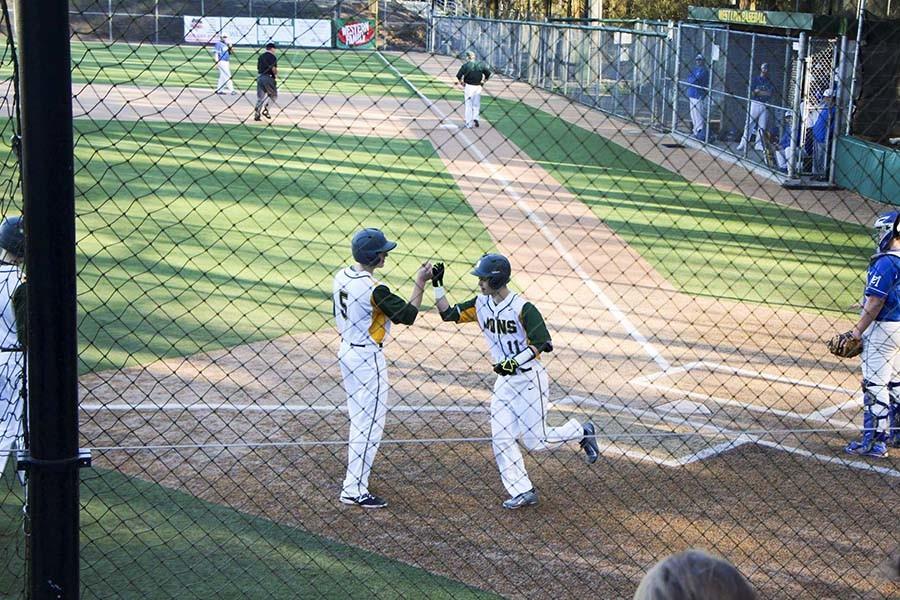 The 2015 season started off on a high note as the West Linn Varsity Baseball team (1-0) took on the McNary Celtics (0-1). Led by pitcher Karsen Lindell, senior, the Lions defeated the Celtics 6-0.

In Lindell’s first start of the season, he threw five shutout innings and struck out the first three batters in the top of the first. In the bottom of the first, shortstop Tim Tawa, sophomore, hit a solo home run to deep left center field to put West Linn up 1-0.

From that point, the Lions and Celtics struggled to produce offensively with both teams going three straight innings without a run. That all changed in the bottom of the fifth when Brayden Pene, left field, scored from third base, putting the Lions up 2-0.

West Linn’s next game will be against the Gresham Gophers (1-1) on Friday at Gresham High School at 4:30 p.m.