What you need to know about The fastest game on two feet: 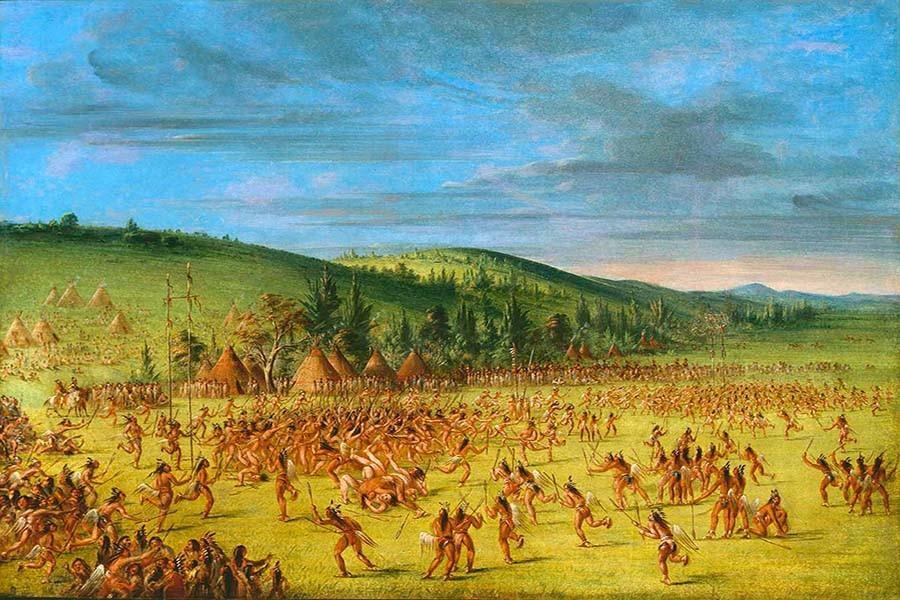 One of the fastest growing sports in the United States is also one of West Linn’s most successful boys and girls sport. Yet, lacrosse is still shadowed by the famous American sport powerhouses: football, basketball and baseball. Many do not know the rules of lacrosse or even the history of how the sport came to be.

Lacrosse is, historically, “America’s pastime”. Native Americans participated in a rural version of lacrosse as early as 1636. The Native Americans used it as a way to settle tribal disputes, connect spiritually and even prepare for war. For the Native Americans it is a religious activity. They are given a stick at birth and it is a spiritual endeavor to play the game. Stickball, as it was called by the natives, was played by hundreds of people on a field stretching many miles. Today, the game has been greatly adapted for safety and the rules can be confusing to a newcomer of the game.

Girls and boys lacrosse are similar in some ways, but very different in others. Lacrosse is played with ten players: three attackers, three midfielders, three defenders and one goalie. Players wield a stick with a small net attached at the end and pass around a rubber ball. The team’s objective is to score the ball in the opponents goal while defending their own. Boys lacrosse is more of a contact sport than girls lacrosse, requiring them to wear helmets, gloves, elbow pads and shoulder pads. In girls lacrosse, body checking and stick checks towards the body are not allowed. Boys lacrosse is more lenient towards stick checking however it is still illegal to check above the shoulders or below the waist.

“Lacrosse is such a fast paced sport, you are constantly on the move,” Natalie Byrne, junior midfielder, said. “A lot of people don’t understand lacrosse because it is a complicated game. But once you learn the rules lacrosse is one of the best sports you can watch.”

The Boys Varsity Lacrosse team is 2-2 in preseason after facing some tough out-of-state competition. The Girls Varsity Lacrosse Team is undefeated starting the season 3-0. Both teams have won state and placed second in state in the last two years.