The Lions win one out of three games during Spring Break 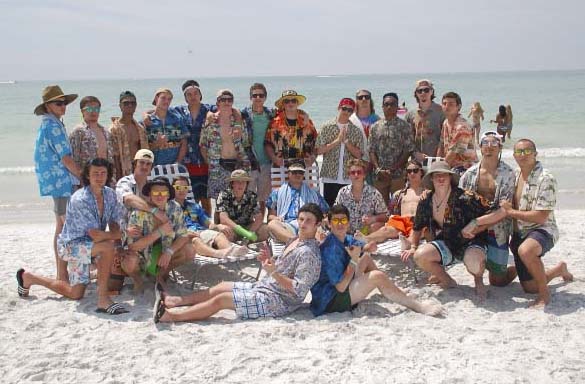 The West Linn Varsity Lacrosse Team competed in Florida, winning one out of three games over spring break. They faced top ranked opponents. Two of the three were ranked in the top 20 of the nation last year. However, they beat Taft School, Conn., which was ranked 60th in the country in 2014, 14-10 .

“All in all, our team did very well, and those games were the best we performed through most season games,” Garrett Hoover, junior defenseman, said. Dawson Loehner, sophomore defenseman, had a similar outlook.

“Our goal was to get better as a team and we definitely did that,” Loehner said. “We wanted to challenge ourselves with tough teams.”

With Brunswick School, Conn., at 15th, Brewster Academy, N.H., at 20th, and Taft School, at 60th in the nation, West Linn definitely challenged itself. The Lions lost 13-9 against Brewster to start and later in the week, they faced off against Brunswick. This game reflected Brunswick’s national ranking as the Lions lost 17-5.

“Both of those teams had over 30 players and we had far fewer than that given the amount of players which were injured at the time.” Hoover said. “We worked really hard, however. The depth of the other teams meant they were able to have fresh players in the field more often.”

Pre-Spring Break injuries were a problem for West Linn and held back players like Connor O’Brien, sophomore attackman, and Connor Berggren, junior midfielder, from helping the team. However, things took a turn by West Linn’s third and final game. They were able to overcome Taft, 14-10.

This win helped West Linn transition into the normal season. They beat Sunset 11-9 in a close game. On April 6, they lost to Corner Canyon, Utah 13-9. On Wednesday, April 8, West Linn will host J. Serra Catholic, Calif. at 8 p.m.