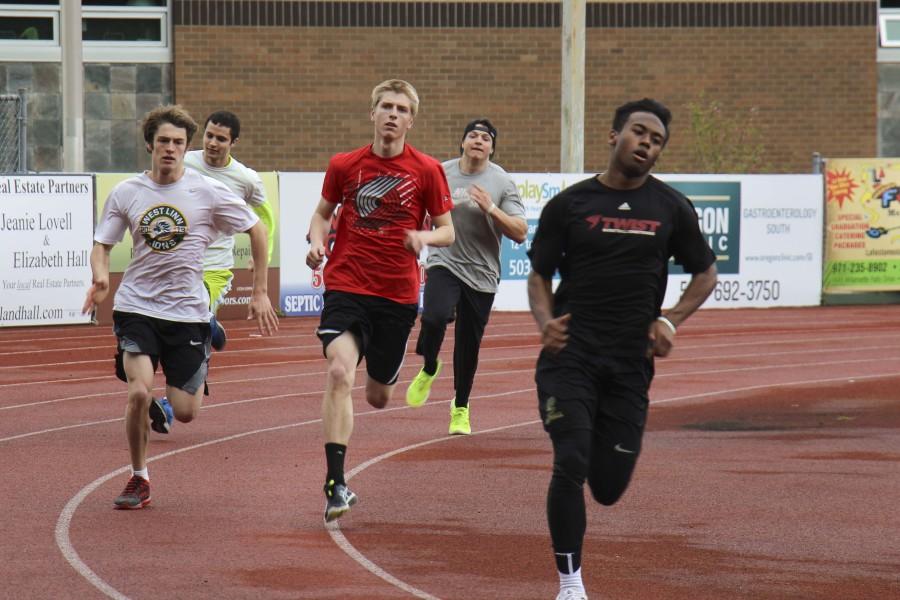 The West Linn Track Team prepares for its first home meet against Sherwood High School on April 9 at 4:00 p.m. The team as a whole is looking good and underclassmen are contributing as important members of the team, according to Head Coach Joe Cerny.

Underclassmen such as Dan McNeil, sophomore, and other distance runners are excited to begin competing again after cross country ended in the fall.

“I’m glad to start running again,” McNeil said. He wants to train hard this spring in preparation for the cross country season next fall. McNeil runs the 1,500-meter because its the perfect length to increase speed and endurance.

“I’m excited to compete for the first time since the end of cross country,” McNeil said. Last year he ran the 3,000-meter in track, but he decided to try the shorter distance this year.

Practice started a few weeks ago, and other runners are beginning to hit their stride as well. Erick Tran, sophomore, also runs track as a supplement to cross country.

“I can’t wait to see our best sprinter, Mick Metcalf (junior), do the 100 and for Muscle Milk Mondays,” Tran said. On Mondays, Tran and his friends have fun by drinking Muscle Milk before running. He also looks forward to training for cross country while witnessing other events such as the 100-meter sprint.

With multiple events, track is a diverse sport. Runners, jumpers, pole vaulters and others all come together to compete in different competitions. April 1 was the first meet at 3:30 p.m at Marshall High School. The West Linn Boys Varsity Track Team beat Tualatin 87-64.

Runners in top three for each event: