Stellar pitching leads the Lions to a series win over Tualatin 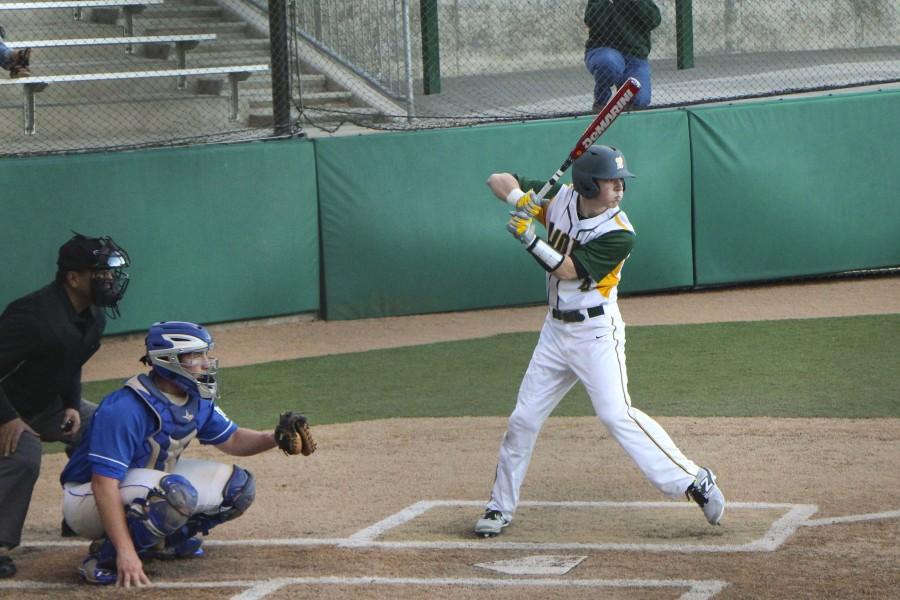 Brayden Pene, junior, bats against McNary on March 18. Against Tualatin he hit a homerun in two straight games helping to lead the Lions to a 5-2 win.

Will Matthiessen, junior, pitched the entire game for the Lions, only giving up five hits and two runs. Offensively the Lions were led by two hits from Chase Cosner, sophomore, and a solo home run from Brayden Pene, junior.

Currently the Lions are in second place in the TRL, one game behind Lakeridge (10-5, 8-1). Coming up this week is a three game series against Newberg (6-8, 3-6). The Lions are at Newberg Tuesday, at home Wednesday at 5 p.m., and at Newberg Friday.