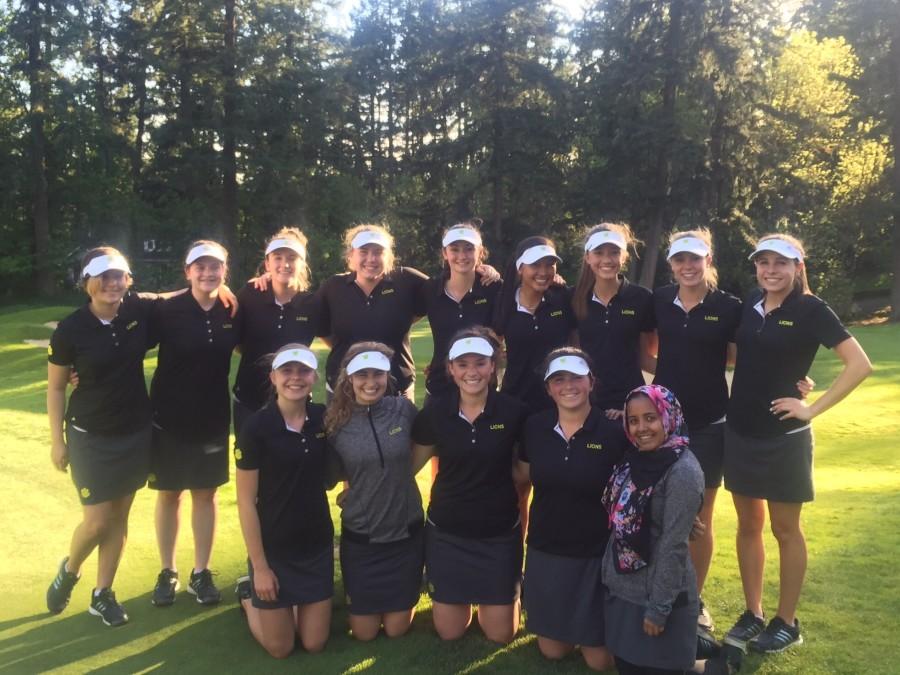 “The girls have been doing really well this season,” Ryan Marsh, English teacher and boys assistant golf coach, said. “They have had a lot of wins.” The boys team has had some good performances as well.

“The boys have been doing pretty well this season,” Marsh said. “We placed third in our home match, which was a pretty big match. We compete with Lake Oswego a lot and they are some tough competition. They are the top team in the state.”

The team still has room for improvement, according to Marsh, but has been performing well. He said the players this year have been working hard and have been dedicated to the sport.

“I have been playing golf for six years, but this is my first year I have been playing competitively,” Tya Seth, freshman and member of the Girls Varsity Team, said. “I haven’t been able to play my best this year, but I have been contributing to every win we have had. It’s exciting to be playing varsity as a freshman and making my score count every time that I play.” The team has high hopes set for themselves that they hope to achieve.

“We have districts coming up soon,” Seth said. “I think we will do really well. We will probably be able to make it all the way to state.”