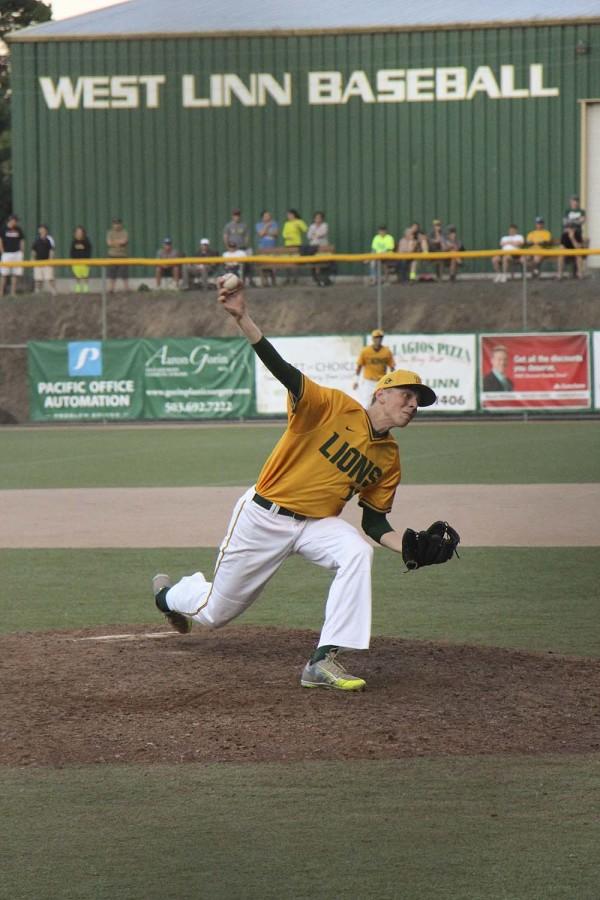 Will Matthiessen, junior, helped to complete the Lions comeback by throwing an inning on the mound, and hitting the game winning homerun. The Lions won 10-7 over Tualatin and will play Central Catholic at 4.

In the second round of OSAA state playoffs, the West Linn Lions (22-7, 13-4 Three Rivers League) erased a five run deficit to defeat the Tualatin Timberwolves (18-10, 10-7 TRL) 10-7. The Lions fell behind in the top of the fifth as the Timberwolves scored four runs off pitcher Jordan Dailey, senior, extending their lead 6-2.

The Timberwolves added one more run in the top of the sixth, holding a 7-2 lead over the Lions. In the bottom of the sixth, Tim Tawa, sophomore, batted in two runs, and Will Matthiessen, junior, hit one, surging the comeback from a 7-2 deficit, heading into the top of the seventh. Matthiessen was able to keep Tualatin’s bats in check giving up no runs in the seventh, and giving the Lions a chance to win the game in the bottom of the seventh.

With the game tied at 7 and two outs and two runners on base, Matthiessen sent a ball clear to the centerfield fence; it was a home run. The team rushed out of the dugout waiting for Matthiessen to cross home plate. The Lions erased their 5 run deficit, to take the 10-7 win over Tualatin.

Next up is the quarterfinals of the OSAA state playoffs. They will play Central Catholic (23-6, 16-1 Mt. Hood Conference) Friday at Concordia University, 4 p.m.