Jordan Dailey, Class of 2015, shuts down McMinnville’s bats leading the Lions to a 1-0 win and advancing to state baseball championship game 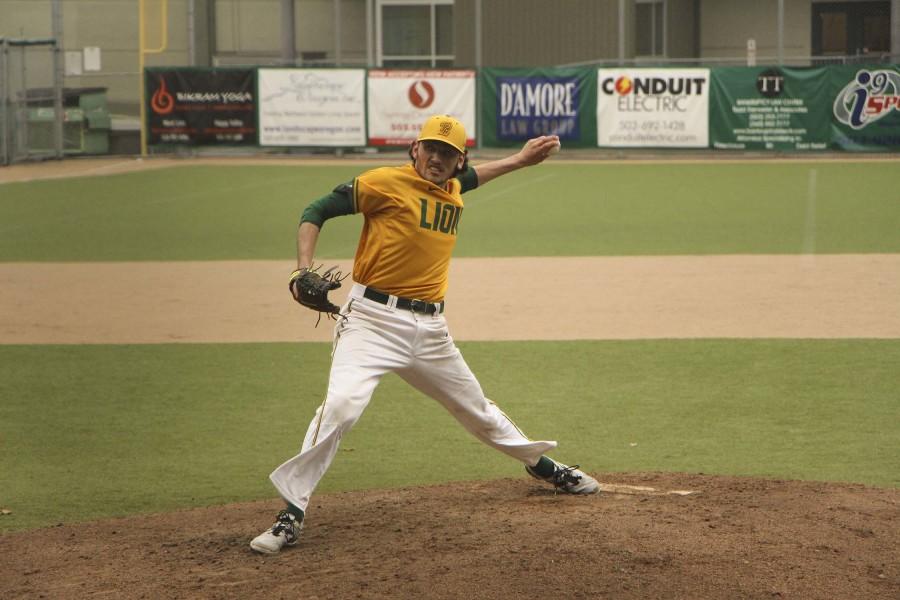 Jordan Dailey, senior, gave up no runs as he pitched six and two-thirds innings for the Lions, in a 1-0 win over McMinnville. The Lions next play Sheldon in the State Championship game, Saturday 5 p.m. at the Volcanoes Stadium in Salem.

The West Linn Lions (24-7, 13-4 Three Rivers League) have advanced to the OSAA State Championship game for the first time in ten years with a 1-0 win over McMinnville (24-6, 14-2 Greater Valley Conference).

With Class of 2015 graduates leading the way, Jordan Dailey pitched seven and two-thirds innings for the Lions, and Karsen Lindell coming in to pitch the final out for the Lions.

Offensively the Lions relied on the home run of Will Matthiessen, junior, in the bottom of the fourth. With a 2-2 count, Matthiessen drove the ball deep over the left field fence, giving the Lions the lead and their only run of the game.

The Lions advance to the State Championship game on Saturday where they will face Sheldon (26-5, 19-2 Southwest Conference). The game will be held at the Volcanoes Stadium in Salem, at 5 p.m.