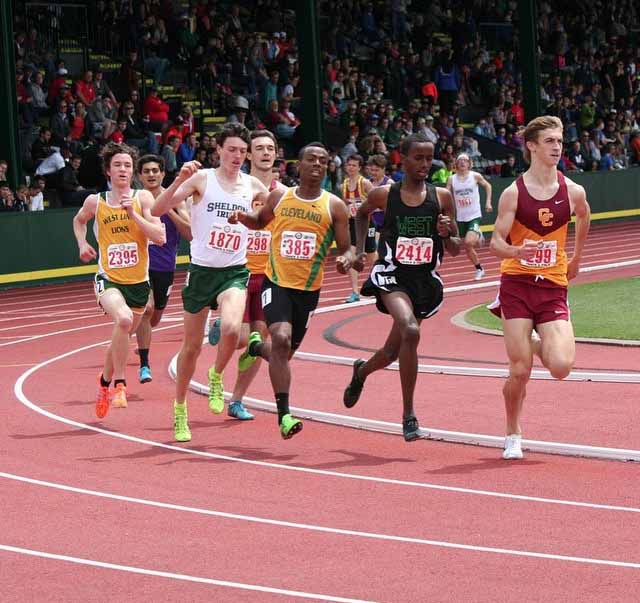 BANG. Tristan Stallcup, senior, is off at the gun in the final heat in 110 meter hurdles, his last race of his high school career. Facing his toughest opponent, Julian Body, a senior at Jesuit, Stallcup stumbles and falls over the finish line. He lays there for a couple seconds as he looks over at the scoreboard. Although Stallcup took second in the 110 meter hurdles by a hundredth of a second.

“I didn’t take first place but breaking the school record by nearly half a second made up for it a little,” Stallcup said. “I’m graduating high school knowing I gave it my all in that race and that is one of the best feelings in the world.”

“We use each other to pace ourselves. Sometimes Grayson will get some cramp and start chickening out,” Roman said. “Next year we hope to win first and second in both the 1500 and the 3000.”

Other placers were Megan Carbiener, sophomore, who took fifth in state in discus. River Doherty, sophomore, placed tenth in pole vault and Connor Kelly, senior, placed twelfth in pole vault. Troy Carver, junior, was unable to participate at state due to a neck injury in practice.