Girls soccer off to hot start 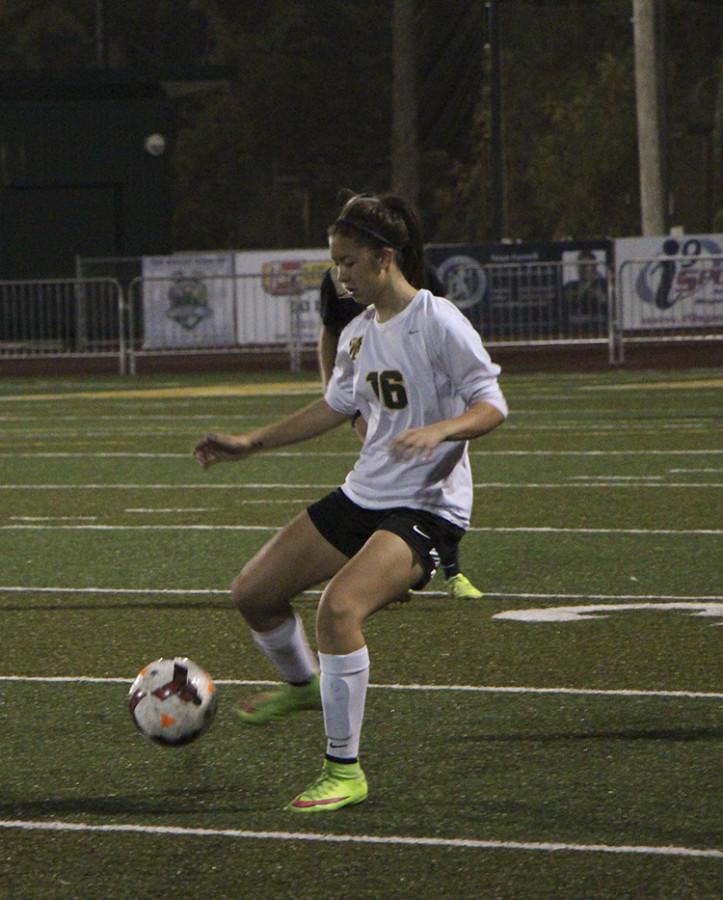 Midfielder Natalie Lin, senior, drives downfield in a 1-0 win over Southridge. The Lions next game is away at Lake Oswego, Monday at 7 p.m.

The Bowmen scored early giving them a 1-0 lead in the first half. The Lions were unable to respond in the second half and fell to Sherwood 1-0, giving West Linn their first lost of the season.

The defending state champions-Tualatin, were able to fend off the Lions, despite the Lions valiant efforts, the Timberwolves won 1-0.

The Lions are ready to respond as they head deeper into Three Rivers League play full of state contenders in Tualatin and St. Mary’s.

“We’re going to take what happened in the Sherwood game and learn from it,” goalie Caitlin Malvar, senior, remarked. “It just comes down to committing ourselves to hard work and wanting to win more than the other team.”

The Lions attribute their success this year due to how close the team is.

“We’ve had a strong start this year because of our team chemistry. We always have eachother’s backs on and off the field,” midfielder Natalie Lin, senior, said. “Even though we started off league losses, we can and will come back from it.”