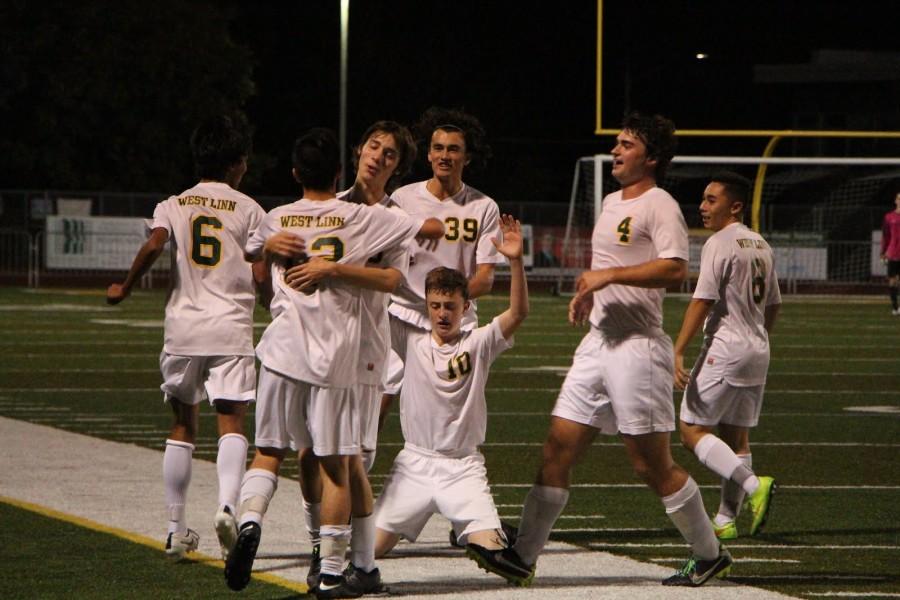 West Linn Boys Soccer team celebrates their 5-1 victory over Tualatin. They are currently 1-0-1 in the Three River League and 4-2-3 overall.

A booming kick from goalie Jack Weber, senior, assisted Alejandro Lee, junior, in the Lions second goal. However, Tualatin recovered by scoring their first and only goal, putting the score at 2-1. Later in the game, Jason Sandoval, senior, crossed the ball to Jack Moothart, junior, who tapped it in, with the Lions over Tualatin at 3-1.

Sandoval scored his first goal up close to the net, advancing the score to a comfortable 4-1 lead.

“We came and played to the best of our abilities,” Sandoval said. “We didn’t let up and we played with our best performance.”

An incredible diving save by Weber kept Tualatin to one point. The final point for West Linn came from Sandoval from outside the box, leaving the score at 5-1.

“We played great out there,” said defender Colin Squires, senior. “We had good composure and kept opportunities open.”