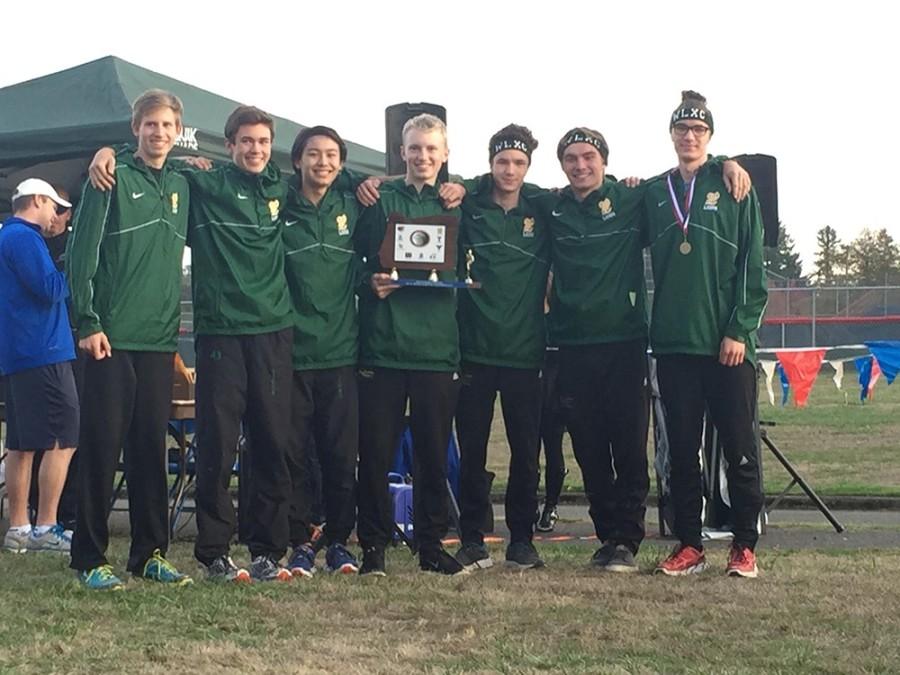 With a score of 48 points, West Linn took first place and progresses to the State Championship race, along with Lakeridge and Newberg with scores of 57 and 107 respectively in the five kilometer race. Roman Ollar, senior, finished in first place at 15:28.62 minutes just ahead of his brother, Grayson Ollar, senior.

After West Linn runners placed first and second, Mark French, Tualatin senior, finished third and claimed a spot in the State Championship. The top ten individual runners qualify for state along with the three best teams. In sixth place, Conor Egan, senior, was happy to find out his team placed first.

“I wasn’t very surprised when I learned we were going to state because it was pretty much expected, but I was pretty happy when I found out we got first,” Egan said.

After an excellent district race, the team now prepares for the State Championship held at Lane Community College, Saturday, Oct. 31.

“Personally I’m preparing by working hard at practice, trying to sleep and eat better and doing a lot of focusing exercises and mental preparations to help get my head in the right place,” Egan said. “As a team we push each other to work hard and be positive.”

Egan enjoys competing against rival, French, who finished three spots ahead of him.

“Last year I beat him at districts but he beat me at State and he’s been beating me this year so I want to try to stay with him at least,” Egan said.

Grayson Ollar competes on a personal level against Jackson Mestler, senior, from Sheldon. Ollar beat him by just a few seconds at last year’s State Championship.

“[I’m preparing by] sleeping as much as possible and eating a lot of carbs like spaghetti,” Ollar said. He wants to place in the top three next Saturday.

“I want to be an alternate for BorderClash,” Briscoe said. “I’m hoping to do better than last year and get my name out there.” She hopes to finish within at least the top 40. In order to qualify for the Nike BorderClash race, racers in state must place within the top 10-20 racers depending on many variables.

Briscoe and the boys Varsity team will be traveling to Lane Community College Saturday, Oct. 31. Briscoe will race at 2:25 p.m. and the boys at 3:00 p.m.