Defense shuts down Canby in a 30-14 win, now prepares for OSAA State Playoffs 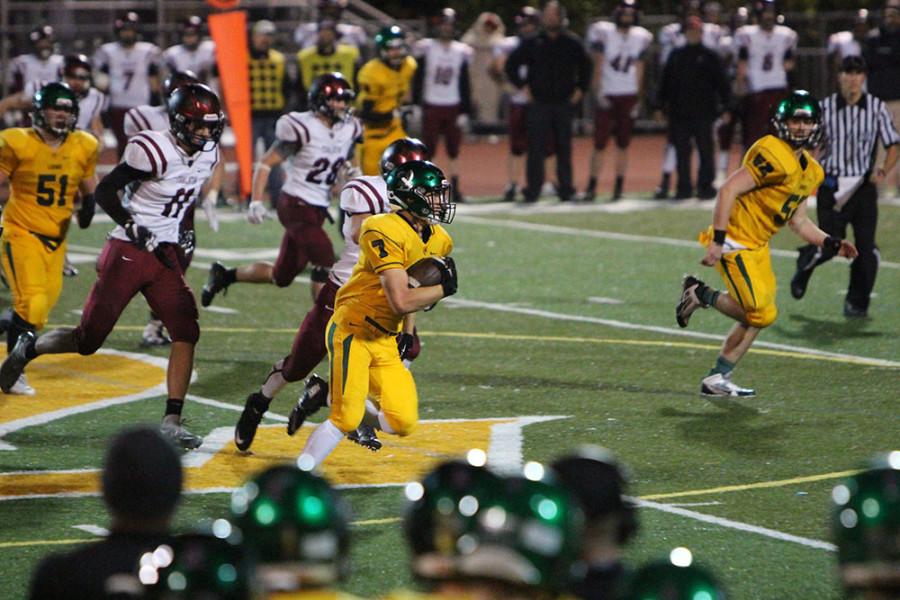 In the game against Tualatin, running back Elijah Molden, junior ran for over 100 yards. He continued this trend as he rushed for over 150 in the 30-14 victory. The Lions next face Roosevelt on Friday in the first round of the OSAA State Playoffs.

The defense held the Cougars scoreless in the first three quarters, even backing them into their own end zone and scoring a safety.

Seeded third overall in the OSAA 6A Football State Championship bracket, the Lions are set to take on 30th seeded Roosevelt (3-6, 3-4 Portland Interscholastic League) in the first round.

Coming off a three game win streak, the Lions hope to continue that trend into the playoffs.

“Winning really helps to keep the momentum going,” said wide receiver Qawi Ntsasa, sophomore, “It’s kind of like a snowball effect, and hopefully we will continue to win.”

The Lions will also be holding a gold out on Friday in honor of Ryland Lampert, a student at Trillium Creek Primary who recently passed away from leukemia.

“ASB decided to do a gold out this week to honor Ryland and support his family,” said ASB officer Kylie Fretwell, sophomore, “We also want to raise awareness about childhood cancer.”