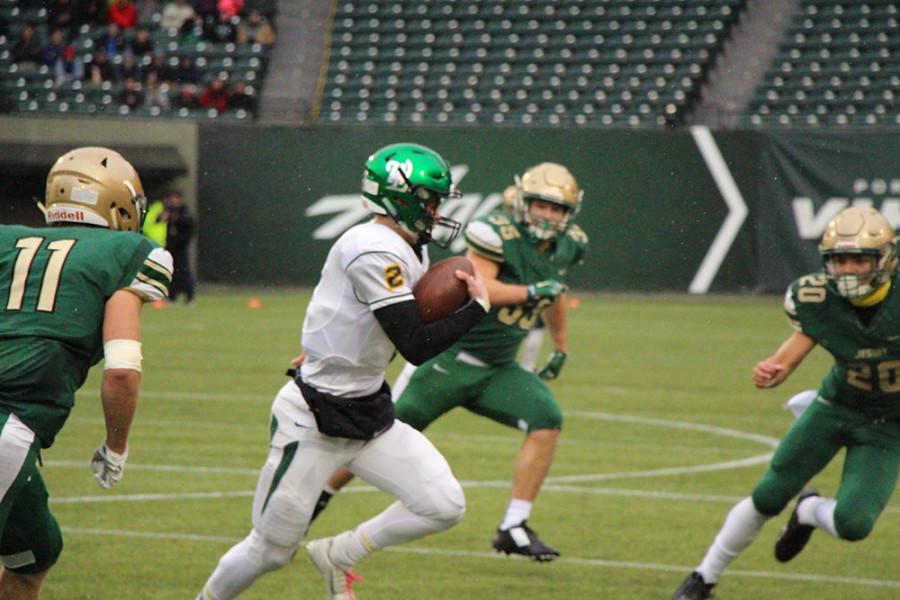 Two 4th quarter touchdowns from quarterback Tim Tawa, junior, were not enough as the Lions fell to Jesuit 21-14 in the OSAA State Championship game. This ends a historic season for the Lions as they reached their first state title game in school history.

The Lions were unable to get started offensively in the first half, and were down 6-0 at the half after a 69 yard run by Jesuit quarterback Eric Restic.

Heading into the fourth quarter the Lions trailed 13-0, but quarterback Tim Tawa, junior, led West Linn to a 14-13 lead after his two rushing touchdowns.

However, the Lions defense was unable to hold back Jesuit’s offense as the Crusaders scored on a rushing touchdown giving them the 21-14 victory.

This ended a successful season for West Linn, reaching their first State Championship game in school history. With many starters slated to return next year, the Lions hope to build on this season’s success.