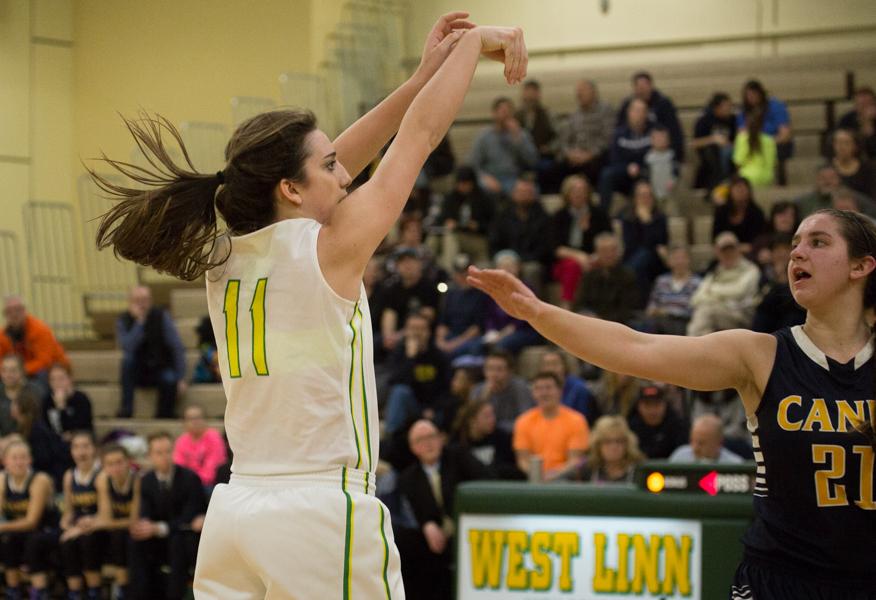 The girls varsity basketball team suffered a 61-87 loss against Canby. Brooke Landis, sophomore, describes the main focus the team had that night. "We tried our best to put pressure on them defensively in the upper court, but it wasn't as successful as we thought that would be." After the game, the girls decided to rethink their strategy. "We changed our defensive set up to be more aggressive to prevent the other team from scoring easy baskets like they did in that game." It seems that the new strategy is working well because the team celebrated a victory over St. Mary's Academy a week later.