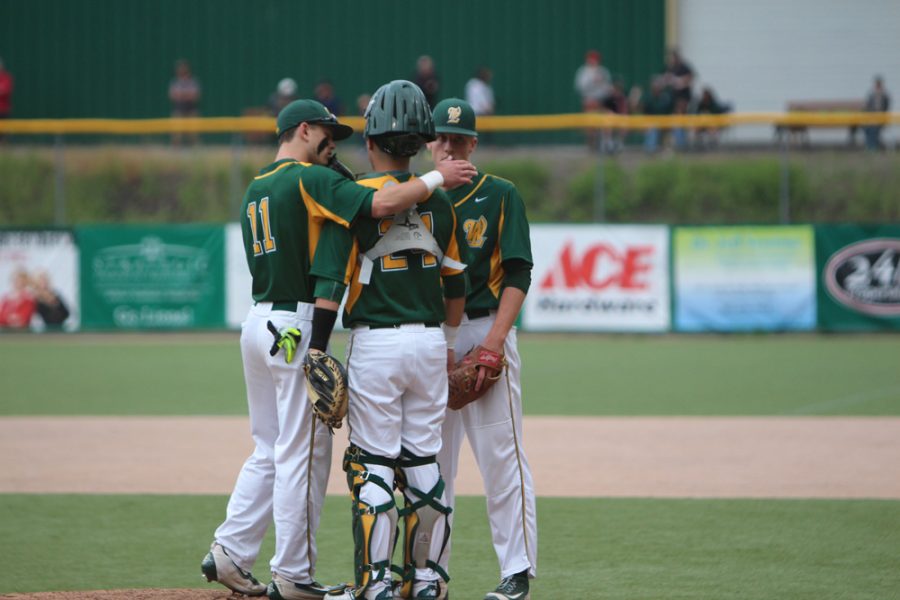 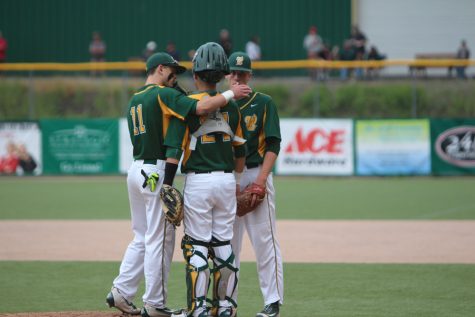 On a picturesque day at a picture-perfect ballpark, the West Linn Lions 2016 baseball campaign full of memorable moments came to a tough, heartbreaking finish as the Sheldon Irish moved on with a 7-4 victory.

After overcoming a shaky 1-4 finish in league play, the Lions found their stride and pride before the postseason began with wins over Liberty High School and Sam Barlow High School.

Stanford Signee Will Matthiessen,senior pitched 4 strong innings of 1 run ball keeping his team in the game, but came out for the 5th inning gassed being on short rest having pitched just days earlier against South Medford and gave up 5 runs as Sheldon bat through their entire order, sending up lead-off man Matt Land twice.

The Lions left everything they had out on the field, as the game featured an array of superb defensive plays, including a beautiful diving stop and put-out by 2B Brayden Pene, senior to end the 3rd frame and a clutch run-saving scoop and toss over to 1B Tate Hoffman. senior by SS Tim Tawa, junior to put a stop to the 4th inning Sheldon threat.

Zach Diehl held a 7-1 lead through four innings when Sheldon’s Justin Herbert, the winning pitcher of last years 6A championship game, came on in relief. Herbert pitched the 5th and 6th innings even after having made two pitching appearances in the previous rounds. Herbert handed the ball off to junior Geoffrey Lillywhite for the 7th inning. .

The Lions were then able to get runners on base, as sophomore pinch-hitter Garret Marioni, sophomore was hit by a pitch to lead off the 7th followed by leadoff-man Chase Cosner junior, who drew a walk.

With one out in the inning, the big D-I collegiate-bound guns stepped up to the plate.

Tim Tawa, junior grounded into a fielder’s choice bringing the out count to 2. That was followed up by Will Matthiessen’s 3 run blast that went over the fence, narrowly avoiding a robbery by Sheldon LF Jackson Johnson. That closed the gap to 7-4 with 2 outs.

Lions 3B Jake Porter, junior who reached base on all of his 4 opportunities in the game, was then hit by a pitch, which was followed up with a base knock to left field by 2B Brayden Pene to make things interesting and bring up the tying-run in Tate Hoffman.

Hoffman battled the Sheldon ace, and pounded one WAY out to right field sending hope throughout the entire West Linn fanbase that the complexity of the game had been changed completely by one swing…

Low and behold, the deep fly was retired on the warning track by Sheldon with the final score resting at 7-4.

Game over, season over, era over, as 10 seniors will now graduate and move on to bigger and better things.

“I gave it all I had today. Everyone gave it all they had today. We wanted to win so bad and the ball just didn’t bounce our way today,” Matthiessen said after the game. “We hit balls hard and it went right to them and they had a bunch of soft hits that found the hole.”

Although Matthiessen will not play with many of his teammates again, he will be seeing some of them. Junior standout Tim Tawa will be attending Stanford along with him to play baseball one year later in 2017. Also, speedy relief pitcher Daniel Ferrario and infielder Brayden Pene will be attending Oregon State University starting this fall for baseball. The Beavers are a conference foe of the Cardinal.

The chemistry of a team whose junior and senior players had played together for years, many since third grade, was on display after the final out as players prepared to exit and board the team bus. Tears and hugs between all but notably the seniors were exchanged.

Matthiessen summed up the mood best. “I love all of my teammates and it is tough knowing that I will never play with many of them again.”