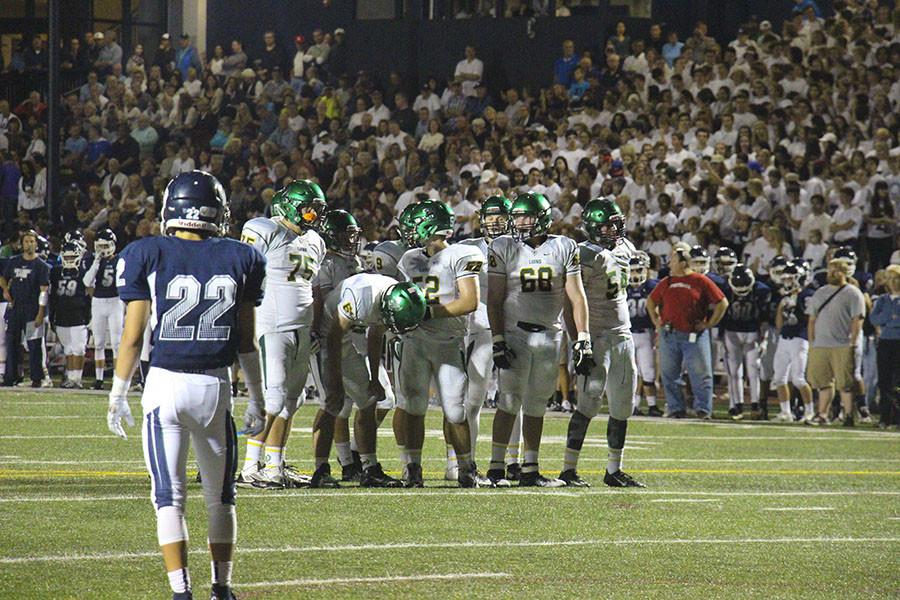 During a 48-14 victory against Sherwood, the Lions’ offense was firing on all cylinders where every possession except for one resulted in points. West Linn will take on the Tualatin Timberwolves on Friday, September 23rd.

High school athletics thrive on controversy at the individual, conference and state level. A controversial column written by an Oregon Live beat reporter, Andrew Nemec, bashed on recruiting that occurs within these programs. “It’s startling just how much talent has been sloughed off programs desperately in need of better athletes just to stay competitive,” Nemec said.

Certainly some of the reason why top athletes are recruited as heavily as they are is because the athletes themselves are in programs that are as successful as Jesuit, Central Catholic and West Linn. Programs like these surround the premier student athlete with other peers and coaches who push them to be a better version of themselves.

The attention of college recruiters can’t help but be drawn to successful programs, which compete at the highest level. Many college coaches have commented publicly that while scouting one player their attention is drawn to other athletes on the same team. Letting players choose which school they attend not only allows for their own athletic ability to be enhanced by other talented teammates, but their marketability to be recruited is enhanced as well.

Spectators and individuals from the outside have a skewed perspective on the relationships between players, and coaches. Some student athletes have grown up in the cities that they play for but were relocated for personal reasons late in their youth careers. An athlete’s common goal is to play at the highest level. Without transfers, not every elite player would have the opportunity to play with other talented athletes.

Unique advantages of certain institutions will provide a student athlete with opportunities that were not available at their original institution. Many athletes choose to attend “elite” schools not only for the athletics, but also for the recognized academic excellence of the institutions themselves. While I agree with some of the points regarding competitive balance in Andrew Nemec’s Oregon Live article, the positive affects for the individual student athlete cannot be argued.

Regardless of the frequency and abundance of athletes transferring, or an influence of recruitment, competitive balance is always an issue. There are other factors that affect the competitive balance between teams, besides the recruitment of student athletes. Opportunities like access to stronger youth programs, more advanced facilities, and the financial means are not available at every academic institution. Elite athletes participate in outside training such as speed and agility clinics. They play on travel teams for football, soccer, basketball, and baseball. These supplements are provided at unique institutions, and give an athlete an edge over their competition.

Certainly the recruiting aspect of high school sports is a conversation to be had. However, it only scratches the surface of larger issues in our society concerning equal opportunities for students, and athletes, which ultimately tip the scales of competitive balance itself.