Lions suffocating defense and explosive offense prove to be too much for the Bowmen to handle. 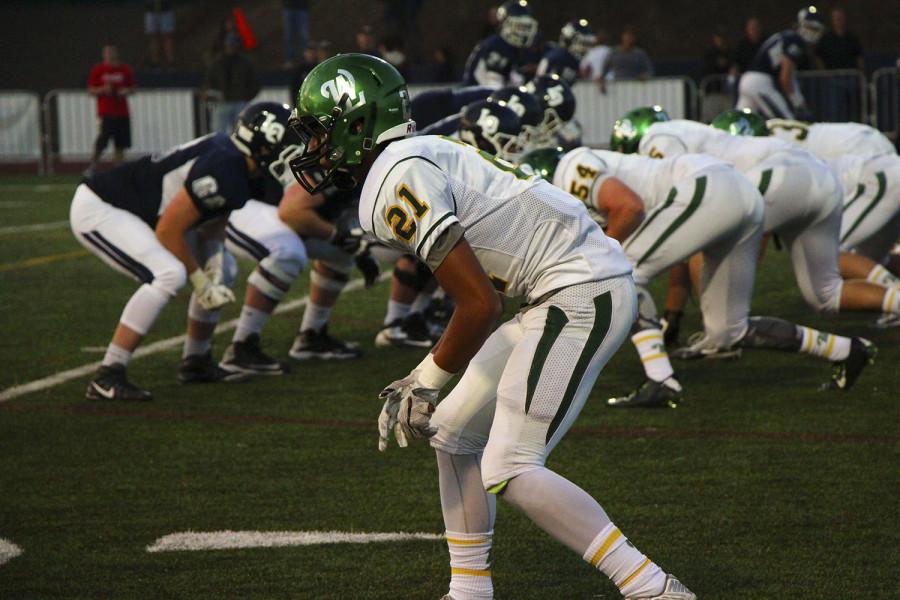 Everyone remembers what happened last year. Aside from the 51-7 beat down in the playoffs, West Linn had not defeated Sherwood in a regular season game in both of head coach Chris Miller’s years coaching the team. With last year’s regular season defeat coming after West Linn blew an 11 point lead in the fourth quarter due to errors, all the Lions had on their minds was revenge.

The scene was set for what many thought would between #1 West Linn (3-0, 1-0 TRL) and #7 Sherwood (0-3, 0-1 TRL). Trying to avoid their first 0-3 start in school history, the league opener game against West Linn looked like it was going to be a critical one for the Bowmen. On the other side of the field, West Linn was looking to start their league play with a victory and hoping to get their first regular season victory against Sherwood. This game was a crucial one for the long-term success of both teams throughout their seasons.

With Sherwood choosing to defer on the coin toss, West Linn received the ball first. On the first drive of the game, West Linn seemed to pick up right where they left off last week against South Medford. After a string of big passing plays and solid runs, Tim Tawa, senior quarterback, found tight end Keishon Dawkins, junior in the back of the end zone for a 15 yard touchdown. West Linn’s offense seemed to be firing on all cylinders throughout the course of the game having only one possession that ended without scoring any points. Tawa had five touchdown passes including his longest one going 71 yards to wide receiver Jake Meisen, senior. On the ground, Elijah Molden, senior running back added two scores of his own which came off of runs of 6 yards, and 61 yards.

On the other side of the ball, West Linn’s defense keeps getting better every week. Spearheaded by senior middle linebacker Mitchell Johnson, the Lions’ hard-hitting defensive unit looked utterly dominant while holding the Bowmen to only 14 points. In addition to limiting the once-explosive offense to two scores, West Linn’s defense caused two turnovers too.

The lions scored 41 points by halftime and scored immediately at the start of the second half.  The Lions’ defeated the Bowmen by a final score of 48-14. West Linn will be playing Tualatin next Friday, September 23rd.