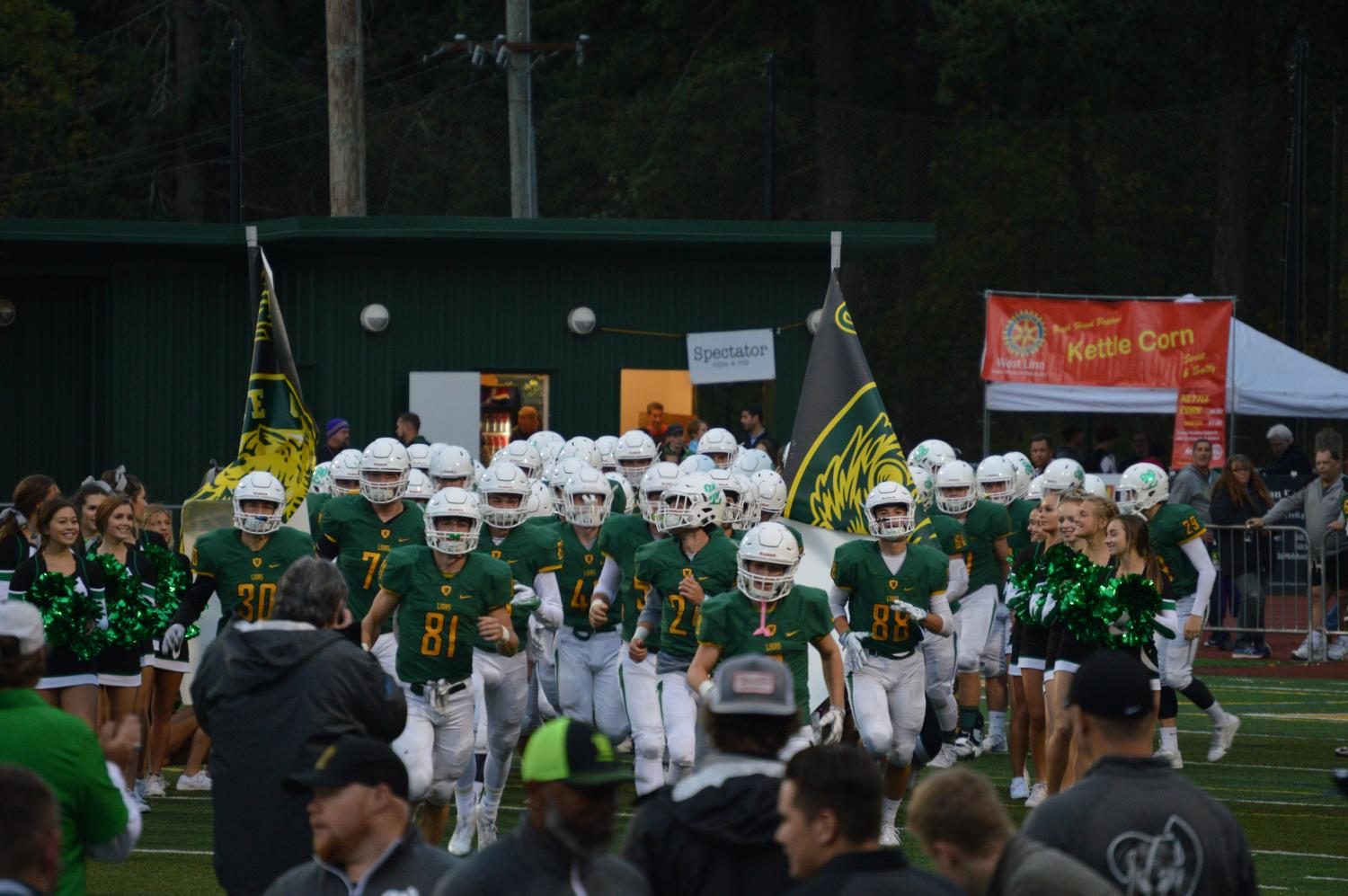 Before their blowout win against Tualatin, the team takes the field after their walk through the student section. Following the dominant victory, West Linn moves to 4-0 on the season (2-0 Three Rivers League) and Tualatin falls to 1-3 (1-1 Three Rivers League).

Not everything in life is fair. For the Tualatin Timberwolves, nothing about this season so far has been fair. No team should lose their head coach only three weeks before the first game of the season, no team without an identity should have to try to compete in arguably the best league in all of Oregon high school football; and most of all, no team should have to face the number one ranked team in the state of Oregon when senior quarterback Tim Tawa is only five touchdown passes away from breaking the state’s all time career passing touchdown record. No team should have to face these circumstances and unfortunately for Tualatin, they are the team that drew the short end of the stick.

No one expected this game to be close, and close is not what it was. Tualatin started off the game with an onside kick which the Lions’ easily recovered. With great field positioning West Linn began the game with an offensive explosion. The drive lasted a little longer than one minute but it ended with a touchdown pass from quarterback Tim Tawa (senior) to junior wide receiver Qawi Ntasa. After that, the Lions’ never looked back.

For the rest of the night, West Linn was dominant in all phases of the game. Their offense was firing on all cylinders, and their defense was a suffocating, smothering, unmovable force that Tualatin could do virtually nothing against with the exception of one long touchdown run where there were three broken tackles.

The Lions’ looked as dominant as ever during their victory against Tualatin. Still ranked #1 in the state, the team knows that this is just another step towards achieving their ultimate goal of a state title this season.

“It felt good to get this win under our belt. Tualatin is a playoff caliber team so winning with this type of dominance is always reassuring. We have a lot of things to fix for this upcoming week but it’s better to fix some small issues coming off of a 50-7 win than a close game or a loss.” Said senior wide receiver Justin Altenhofen.

The Lions’ next game will be at Newberg High School against the Newberg Tigers on Friday, September 30th.