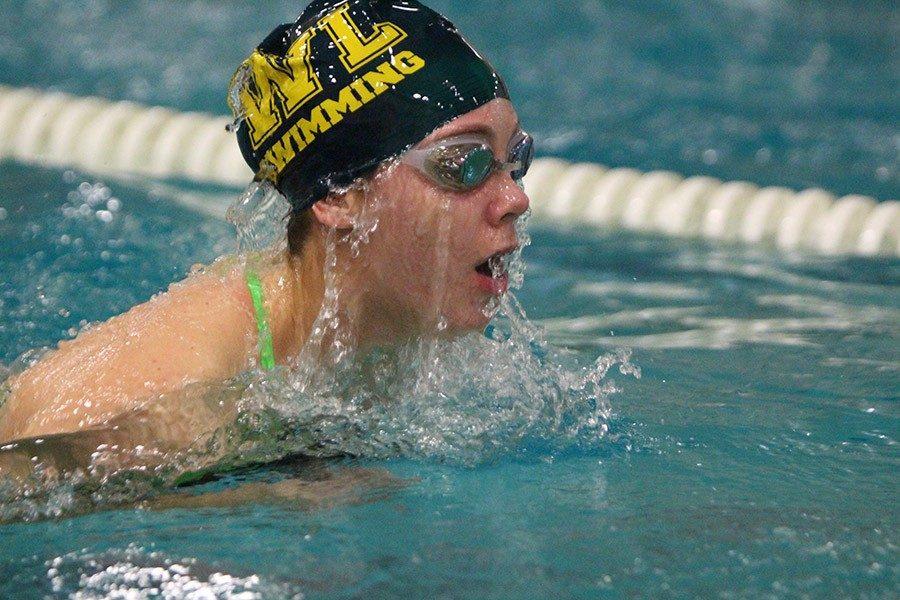 The 2016-17 swim season has officially started. The team has their eyes set on placing higher than last year.

Even though the temperature is dropping, people are just now starting to hit the pool. The 2016-17 swim team has officially began, hoping to go farther this year than last year.

The swim team has placed fourth at state for the past two years and the team is hoping to go farther this year. The team has quite a few swimmers this year and the large team will help drive the whole team to go faster.

“I’m super excited for this season,” June Hohl, sophomore, said. “With our first meet coming up, the team is training really to be the best team we can be.”

The team lost quite a few star swimmers such as Laura Laderoute, Robin Pinger, Kylie Norris and Kyle Vu last year. Laderoute is swimming for the University of Houston and Pinger is swimming for Boise State University. The team is still hoping to place higher at the state swim meet. The swim team has their first meet the week of Dec. 5.