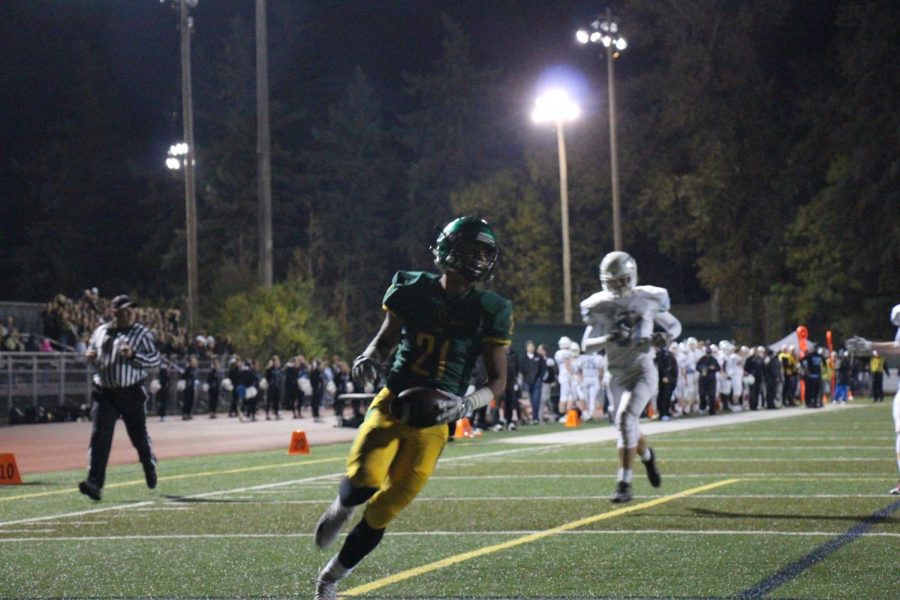 With the new fall season, varsity football started off with five wins in a row, followed by two devastatingly close losses. Last year, the mighty Lions went the whole season without losing, and won the state championship, placing themselves at number one in state. At the end of the previous season, the team lost Gatorade Player of the Year, Tim Tawa, along with many other players who are now moving on to college. With the change in roster, the new front trudges on.

The new lineup is striving to keep up with the standards set by those that came before, but they have unfortunately faltered in losing to Tigard by nine points, and to Lake Oswego by one point. Before their first loss however, West Linn beat Newberg with a score 56-0, creating a sense of dominance.

“This season has been going great. I think we [the Lions] are in a good spot heading into the last part of the regular season and into the play-offs. We have one goal as a team, and we will find out if we meet that goal or not in December,” Dillon Miller, the head coach of the freshman football team, said. Miller has coached many of the varsity players in the past, and knows how they can turn themselves around.

“I think we lost those two games because we lacked leadership and competitive fire,” Miller said. “We need to get our swagger and our energy back. In successful years, the team has been a family. We need to find that sense of togetherness. We need to play for each other.”

On Oct. 20, the Lions came out victorious over Lakeridge with a final score of 49-0. Highlights of the game were an interception followed by a 56-yard run for a touchdown, and a pass that turned into an 85-yard score. This game showed the potential that the Lions have when they come together.
“In this season we have faced more adversity then we have in years past. I think that will be a good thing for us heading into the play-offs. There is no reason that we can’t finish the season as state champions, just like we did last year,” Miller said.