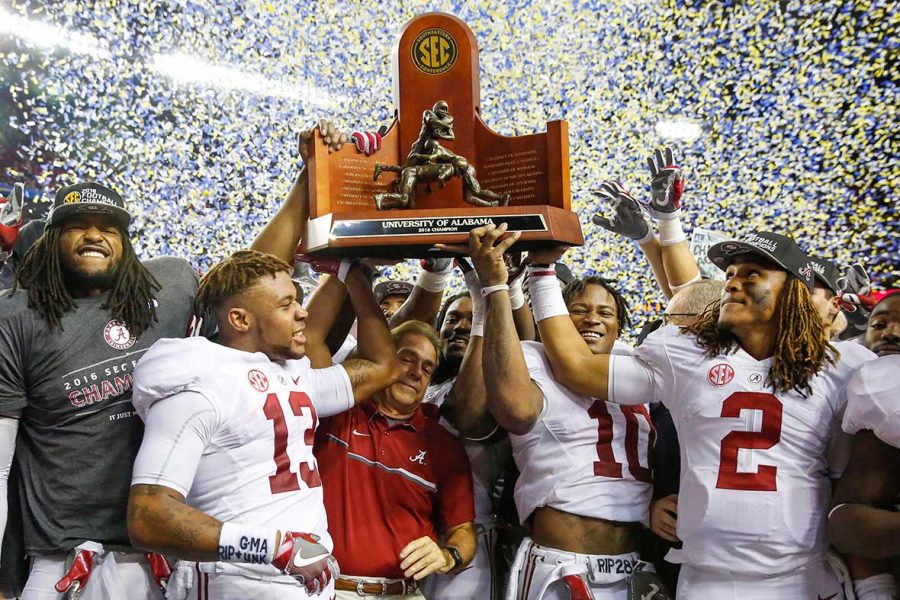 The College Football Championship truly held its standards for what to expect on game day. With two extremely successful teams, the University of Alabama took home the win with a close score of 26-23. This is Alabama’s fifth national championship in the last nine seasons, which created a competitive and challenging atmosphere for the Bulldogs. As said before, this years National College Football Championship was much more than an intense game of football.

The NCAA has turned the playoffs and championships into a Super Bowl setting; big performances leading up to the show, grammy-winning performing artists, and big crowds. Along with this, tickets to watch became very pricey. ESPN alone charges $600 million a year to broadcast the playoff, charging advertisers as much as $1 million for a 30 second advertisement.

Naturally, viewers would think some of this money goes to the teams, but they actual hold little gain in terms of financial rewards. The NCAA pays prize money to conferences, not teams. The participating 2017 conferences was the SEC, ACC, Big Ten, and Pac 12 received $6 million a piece for qualifying, but there is no prize for winning the championship.

Despite this, keep in mind the benefits of winning a national championship will have for a team and their revenues; more merchandise, greater demand for game tickets, and much more money in alumni contributions. According to Forbes, the average championship winning team saw revenue increase 11% in its title year. And for some teams, this number only continues to grow higher (up to the 60th percentile). Coaches will also receive up to $1 million in bonuses.

Needless to say, the college football championship has developed into a highly expensive game.

As mentioned before, the music left non-football lovers satisfied. Kendrick did not disappoint with his halftime performance; opening with three songs from his award winning album Damn., – “DNA,” “ELEMENT,” and “HUMBLE.”  He kept his performance simple but captivated the crowd with his stage presence and talent. He performed alone on stage in temperatures under 40 degrees.

Due to the crowded halftime show taking place a few blocks from the actual stadium, not everyone was able to catch this mini concert. If you’re interested in another chance to see Kendrick live, make sure to buy tickets to his current U.K. tour!