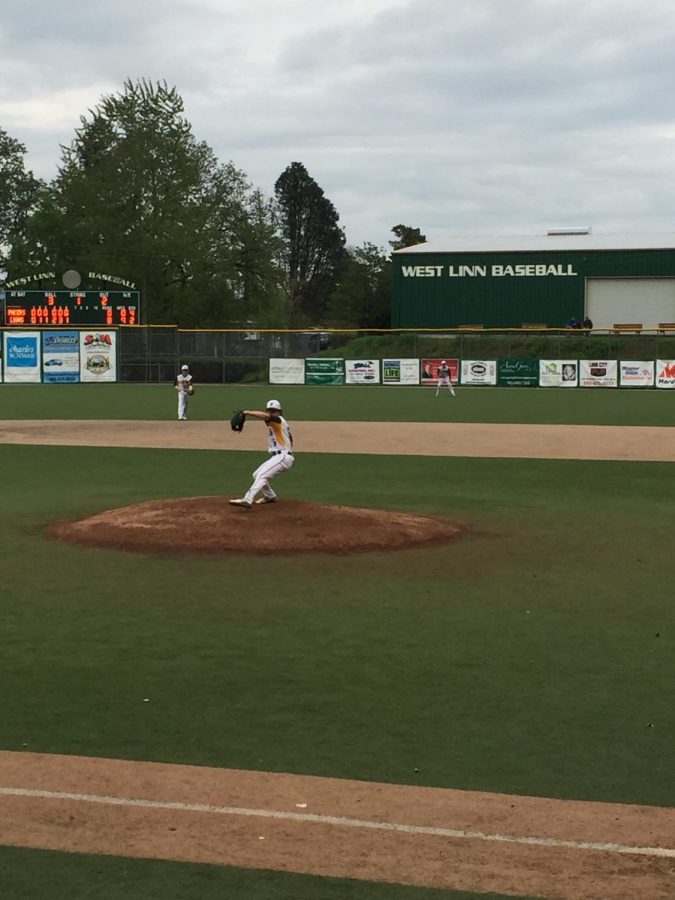 Zach Anderson delivers a pitch in the seventh inning of his no-hitter.

It was never close, but it sure was exciting.

For the first time in his career, Zach Anderson, senior, threw a complete game no-hitter on Friday. He was the first Lions pitcher to throw a no-hitter this season.

“All my pitches were working, I was feeling good,” Anderson said following the game.

Slowly but surely throughout the afternoon and evening, West Linn built up a substantial lead to give Anderson the cushion to make him comfortable. They ended up winning 8-0.

Three Rivers League conference games are more important than ever as the Lions are tied with the Lakers for first place in the standings. Next week, they will take on the Lakers in a three game series that could end up deciding which team gets the TRL crown.

“It’ll be a big series, I’m excited to get out there and play those guys. All of our pitchers are throwing well, we’re doing really good,” Anderson said.

The first game of the series will take place on Tuesday at 5pm at Lake Oswego High School.