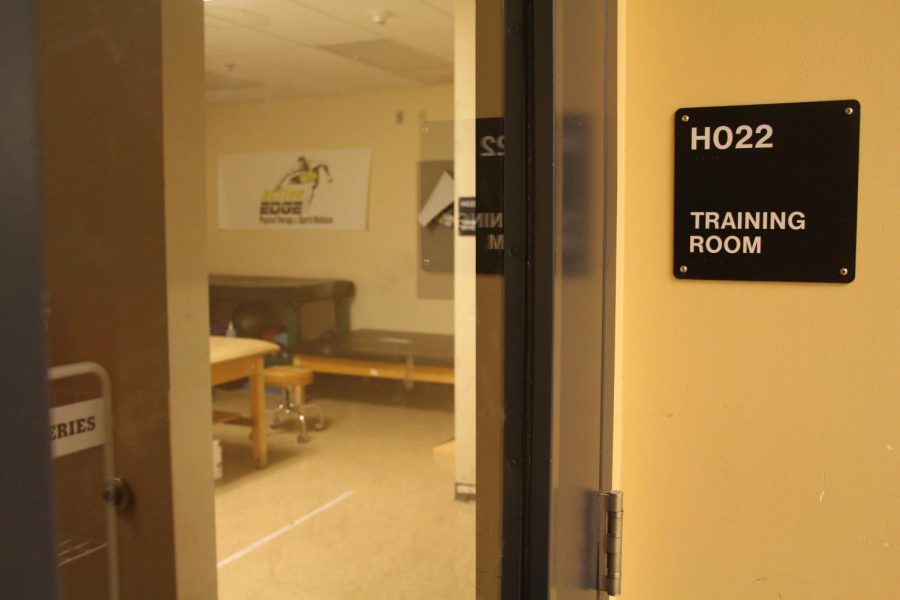 Located right next to the weight room, the training room is where Feuerherd is stationed. Students come here to have injuries treated.

What happens after student athletes get hit?

“They’ll come off, we’ll do a complete concussion assessment and evaluation at that time,” Becca Feuerherd, school athletic trainer, said. “If it’s deemed that they do have a concussion, we will communicate that to coaches. We will talk to their parents, send them home with some home care instructions about how to proceed through the evening and how to monitor symptoms, and then at that point we refer the athlete to see their doctor as soon as possible.”

That’s the current protocol, but how effective is it really?

With almost 20 percent of teens reporting that they have had a concussion, it is, without a doubt, a prevalent issue. It is crucial that there be an effective and efficient method for taking care of these teens.

“Yes, I think that the protocol is effective because taking the time to allow your head to heal for a little bit and not doing anything to stimulate it makes the heal time shorter,” Naone said. “The first time I didn’t go straight into the protocol for my concussion. Instead I continued to do what I normally do and activating my brain in both school and at home. In this case, it took almost a month for my concussion to heal. The second time, I quickly turned off all electronics and sat in a dark room. With this concussion, my head was healed by the next week and a half.”

By keeping the concussed in a mostly static environment, their body is allowed to heal at a much faster rate. It’s reassuring to know that other schools follow a similar protocol and use a set of rules. Becca says this set of rules is called “Max’s Law.”

It is also good to note that, from Naone’s perspective, the coaches adhere to this protocol.

“My coaches don’t let me play until I am cleared by both the trainer at the high school and my doctor,” Naone said.

High schools always do what they can to minimize the amount of concussions per year, but for those that do occur, they make sure the students are well taken care of and help them recover as fast as possible.